Millennials vs. Gen Z: How their customer service expectations compare

Millennials and Zoomers will soon become the two largest consumer groups in the country. Companies hoping to earn their brand loyalty should study their differing customer experience expectations and preferences. 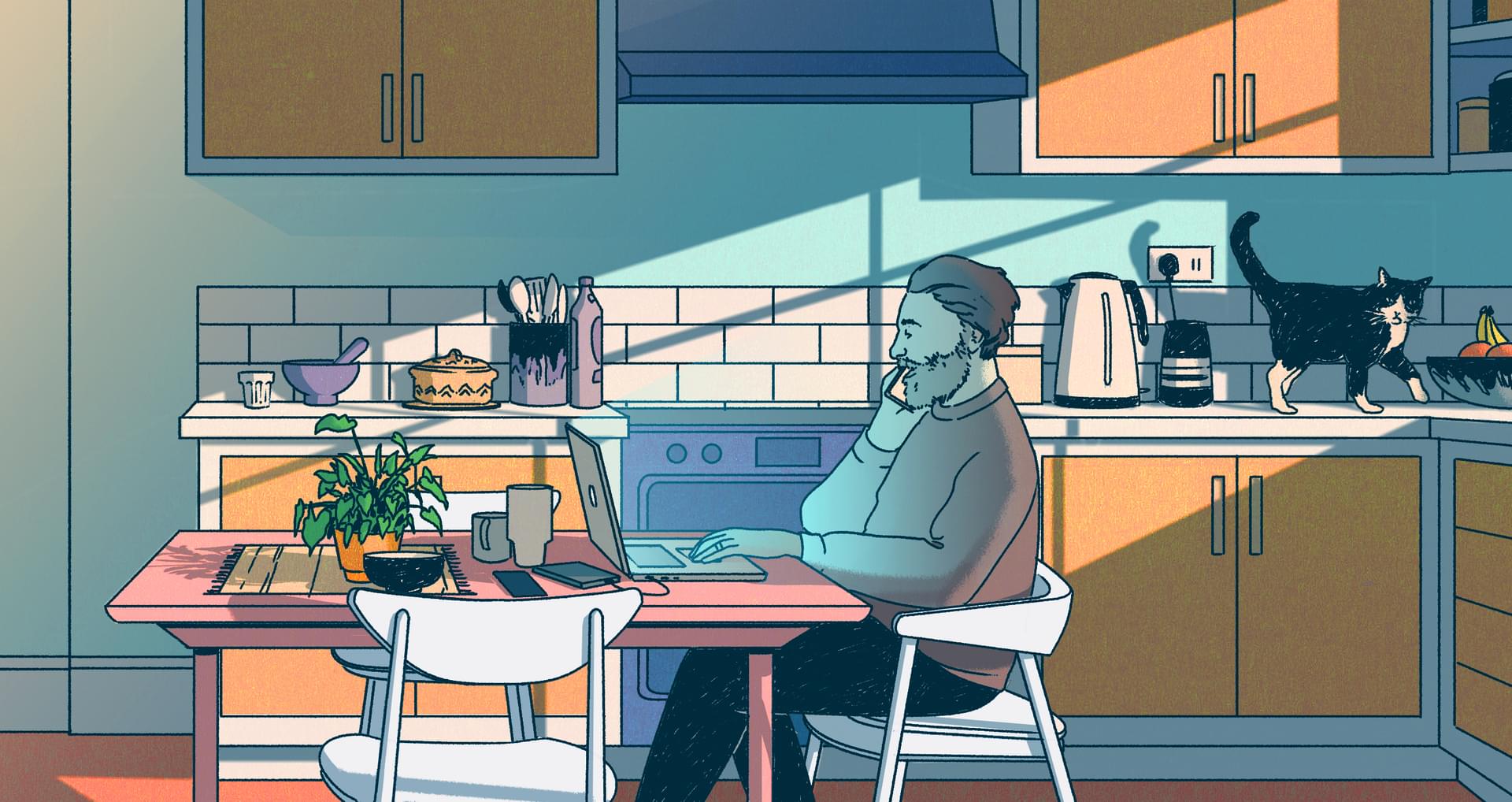 In 2019, Millennials officially passed Baby Boomers as America’s largest adult generation. The Millennial population is expected to grow even larger over the next 10 years, as young immigrants continue to swell its ranks.

The next decade will also mark the maturity of Generation Z, which already outnumbers Generation X by 2 million members. By 2030, Millennials and Zoomers will be the two largest adult consumer groups in the country.

As their influence continues to grow, it only makes sense for companies to closely study these two age cohorts. That’s one reason why the Zendesk Customer Experience Trends Report 2021 segmented survey respondents by generation. We found that although both groups are similar in many ways, Millennials and Gen Zers have some different attitudes toward customer service experiences, brand loyalty, and support channels.

Generation Z vs. Millennials: What are the main differences?

Despite the way it’s often used, “Millennial” is not a catch-all term or epithet for any avocado-toast-loving young person. In fact, many Millennials aren’t even that young anymore—the oldest members of the generation are turning 40 in 2021.

The pandemic has already influenced the customer service expectations of both groups.

According to Statista, members of the Millennial generation were born between 1981 and 1996, making them between 25 and 40 years old today. Generation Z (also known as Zoomers) encompasses those born between 1997 and 2012. Its oldest members are 24 years old, while its youngest are just 9 years old—and won’t reach adulthood until the year 2030.

Millennials and Zoomers are alike in many ways, differing only slightly in some respects. For example, both age groups are more tech-savvy than their parents. But Gen Z members are the true digital natives, having grown up with smartphones in their hands.

Both generations also tend to reflect the different periods in which they were brought up. As a 2015 article in The New York Times put it: “Millennials, after all, were raised during the boom times and relative peace of the 1990s, only to see their sunny world dashed by the September 11 attacks and two economic crashes, in 2000 and 2008. Theirs is a story of innocence lost. Generation Z, by contrast, has had its eyes open from the beginning, coming along in the aftermath of those cataclysms in the era of the war on terror and the Great Recession.”

Since then, Gen Z has been further molded by the political volatility of the last few years. Of course, they’ve also weathered a global pandemic, which has disrupted many Zoomers’ educational experiences and early career ambitions.

It remains to be seen whether the COVID-19 recession will permanently hinder the earnings potential of Zoomers, as the Great Recession did to older Millennials. But our report did find that the pandemic has already influenced the customer service expectations of both groups.

The evolving customer experience perceptions of Millennials vs. Gen Z

At the beginning of COVID-19, many support teams were stretched to their breaking point as customers complained about delayed packages and canceled flights. Those experiences profoundly impacted Millennials and Zoomers, who have developed slightly divergent views on negative service interactions. Here’s how.

It seems that the younger you are, the more COVID-19 has influenced your customer service expectations. In our Customer Experience Trends Report, we asked customers how their expectations for customer service interactions have changed since the start of the pandemic. Zoomers between the ages of 18 and 24 were the most affected:

The responses were similar among Millennials between the ages of 25 and 40:

By contrast, the pandemic had very little impact on the CX expectations of customers ages 55 or older:

The same trend was evident when customers were asked whether the pandemic made them more or less patient during customer service interactions. Gen Z experienced the biggest shifts, with 29 percent of Zoomers becoming more patient and 18 percent becoming less patient. Similarly, 24 percent of Millennials said they had more patience, while 18 percent said they had less.

But among the 55 or older crowd, only 19 percent were more patient and 10 percent were less patient, with the vast majority (71 percent) unchanged by the experience.

Additionally, 53 percent of Millennials and 47 percent of Zoomers said they cared more about the quality of a company’s customer service in 2021 than they did the previous year.

Clearly, the pandemic has had a more profound impact on the younger generations in regards to customer service. While many Millennials and Zoomers have developed more patience (which could be a blessing for busy support agents), they’ve also come to expect more from businesses, setting a higher bar for customer service teams. Meeting those expectations will be critical for companies hoping to inspire more brand loyalty in younger customers.

Millennials are more sensitive to negative experiences than Zoomers

Bad customer service can be a killer for any business. Negative reviews spread much faster than positive ones, meaning that merely a few horror stories can scare off many potential customers. But different age groups have different levels of tolerance for bad support experiences.

When asked about changing to a competitor after multiple negative experiences, 64 percent of Zoomers said they’d switch and 16 percent said they wouldn’t. Once again, that sets them apart as the most tolerant age group.

Fifty-three percent of Millennials would switch to a company’s competitor after just one negative customer service experience, compared to 23 percent of Zoomers.

Do Gen Z customers just have thicker skin when it comes to dealing with bad customer service reps? Not necessarily. Nearly half of all Zoomers identified “unfriendly support agent” as one of the most frustrating aspects of a poor experience—more than any other age group. Clearly, Gen Z still wants to talk to helpful, empathetic agents; they’re just less likely to leave a brand if they don’t get their way.

Perhaps Zoomers’ higher tolerance for bad CX can be explained by their comparative lack of wealth. Gen Z includes teenagers and young adults, many of whom are likely making purchasing decisions based on cost rather than CX. As they grow older and more economically secure, Zoomers may eventually find they can afford to be as picky as Millennials.

The preferred customer support channels of Gen Z vs. Millennials 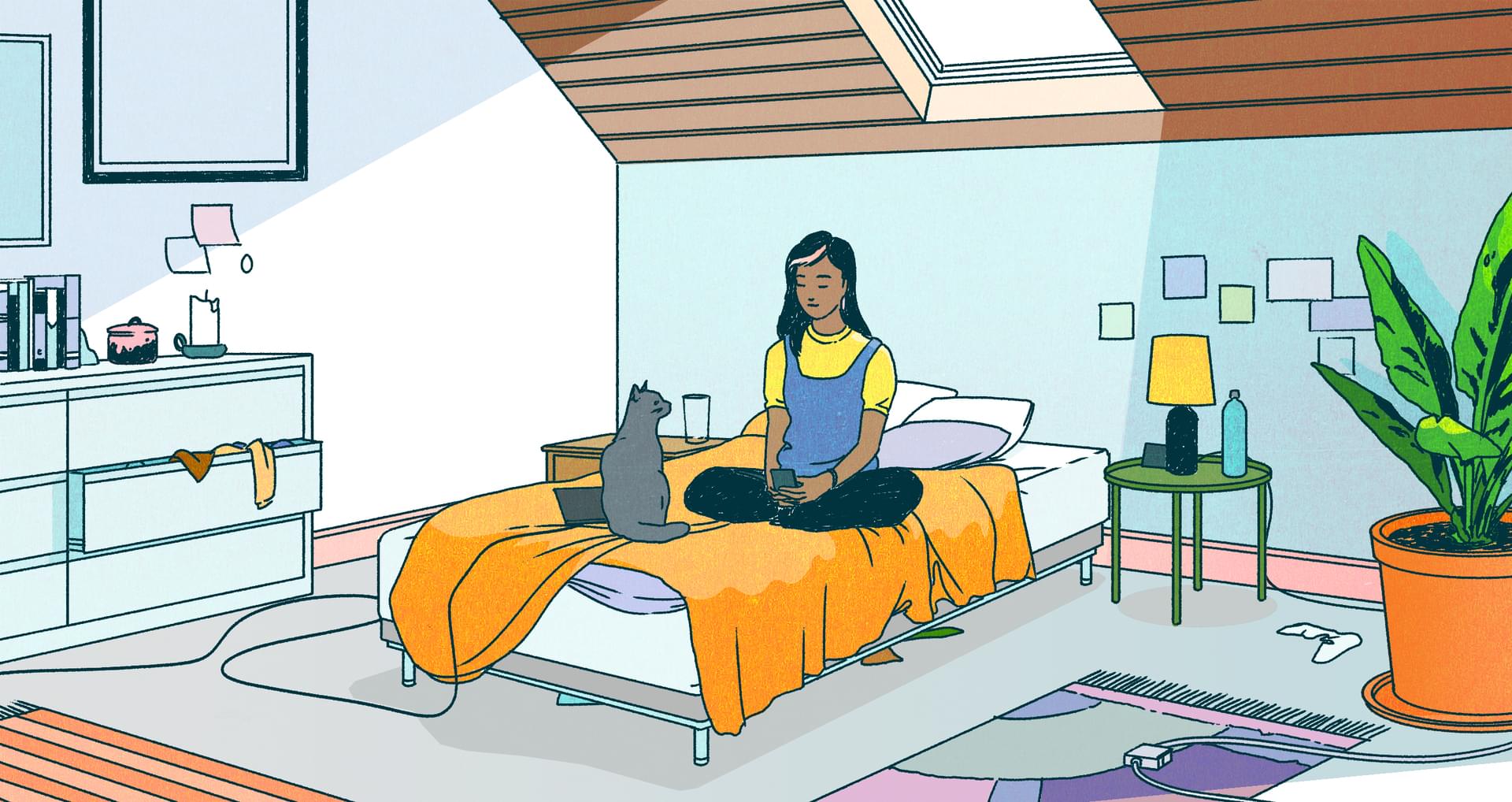 Younger consumers are used to doing their own research. Perhaps because they grew up during the Great Recession, the digital natives of Generation Z are especially careful to learn about products before they commit to a purchase. Roughly three out of four Zoomers say they take their time comparing prices, reading reviews, and checking out different brands before they buy.

So, it’s no surprise that Gen Z customers also value the ability to solve issues on their own. In our survey, 30 percent of Zoomers identified “not being able to find the information I need online” as one of the most frustrating aspects of a bad customer experience. That’s a larger percentage than any other age group, including Millennials (25 percent), Gen Xers (23 percent), and customers over the age of 55 (18 percent).

Gen Z customers value the ability to solve issues on their own.

During the pandemic, Zoomers have embraced self-service options more enthusiastically than any other age cohort. Nearly 30 percent of Gen Z customers say they’ve increased their usage of help centers, knowledge bases, and FAQ pages as a result of the COVID-19 crisis. Compare that to 26 percent of Millennials, 20 percent of Gen Xers, and just 12 percent of Boomers.

Clearly, younger customers have high expectations for self-service support. Companies catering to these consumers should create robust knowledge bases that empower customers to help themselves.

Zoomers and Millennials are more comfortable interacting with chatbots

Self-service goes hand-in-hand with artificial intelligence. After all, a chatbot is basically an interactive FAQ page that can directly respond to questions by suggesting relevant content. Although Millennials aren’t as keen as Zoomers to use self-service tools, they still embrace AI.

There was an even wider generational split regarding the statement: “when in a hurry, I would prefer to interact with a chatbot rather than a human agent.” About 40 percent of Gen Z and Millennial customers agreed with the statement, while 30 percent disagreed.

Older consumers, however, took the opposite position. Merely 28 percent of Gen Xers and 20 percent of Boomers agreed that they’d rather talk to a bot than a human when in a hurry, while 40 percent and 50 percent disagreed.

Sixty percent of Zoomers and Millennials agreed that “automation/bots are helpful for simple issues.”

One big reason for the generational divide? Older customers usually don’t realize they’re interacting with a bot and sometimes feel tricked if they find out. We asked customers, “As far as you know, have you interacted with an automated support bot in the past year?” Over half of Zoomers and Millennials answered yes, while only 29 percent of consumers ages 55 and up said they had (and 15 percent answered “I don’t know”).

Companies should avoid frustration by being upfront about their use of AI. A good chatbot will identify itself as a bot and give customers the ability to opt out and speak to a human agent instead.

Younger generations are leading the adoption of digital channels

Help centers and chatbots aren’t the only digital support options that younger customers are embracing. The pandemic pushed shopping online, where Millennials and Zoomers feel right at home.

As a result, younger shoppers are being exposed to more digital customer support channels than their older counterparts.

Younger customers are more comfortable contacting support via the same channels they use to talk to friends and family. About a quarter of Gen Z and Millennial consumers said they started contacting customer service via SMS and text messaging during the pandemic, compared to only 14 percent of consumers ages 55 and up. Additionally, 36 percent of Zoomers and Millennials increased their use of social messaging apps like WhatsApp and Facebook Messenger, compared to 19 percent of older customers.

Younger customers are more comfortable contacting support via the same channels they use to talk to friends and family.

There’s a big divide when it comes to social media, too—31 percent of Zoomers and 29 percent of Millennials have been contacting companies by posting on platforms like Facebook and Twitter. Among those ages 55 or older, the share is just 10 percent.

Contacting customer service via video chat has also become increasingly popular among younger generations (24 percent of Zoomers and 28 percent of Millennials) than older ones (12 percent) during the pandemic.

Satisfy customers of all ages with an omnichannel support experience

Newer support channels may be useful to Gen Z and Millennial customers, but they haven’t supplanted more traditional communication methods. Phone and email are still the two most commonly preferred channels among all age groups. Self-service options and chatbots aren’t replacements for human support agents, but rather complementary options.

If your company offers truly omnichannel customer service, you won’t have to choose between catering to Millennials vs. Gen Zers vs. Gen Xers vs. Boomers. Consumers will be able to interact with your brand the way they prefer, whether that’s over a landline or a Tweet. See how easy it can be to offer every channel to support your customers. 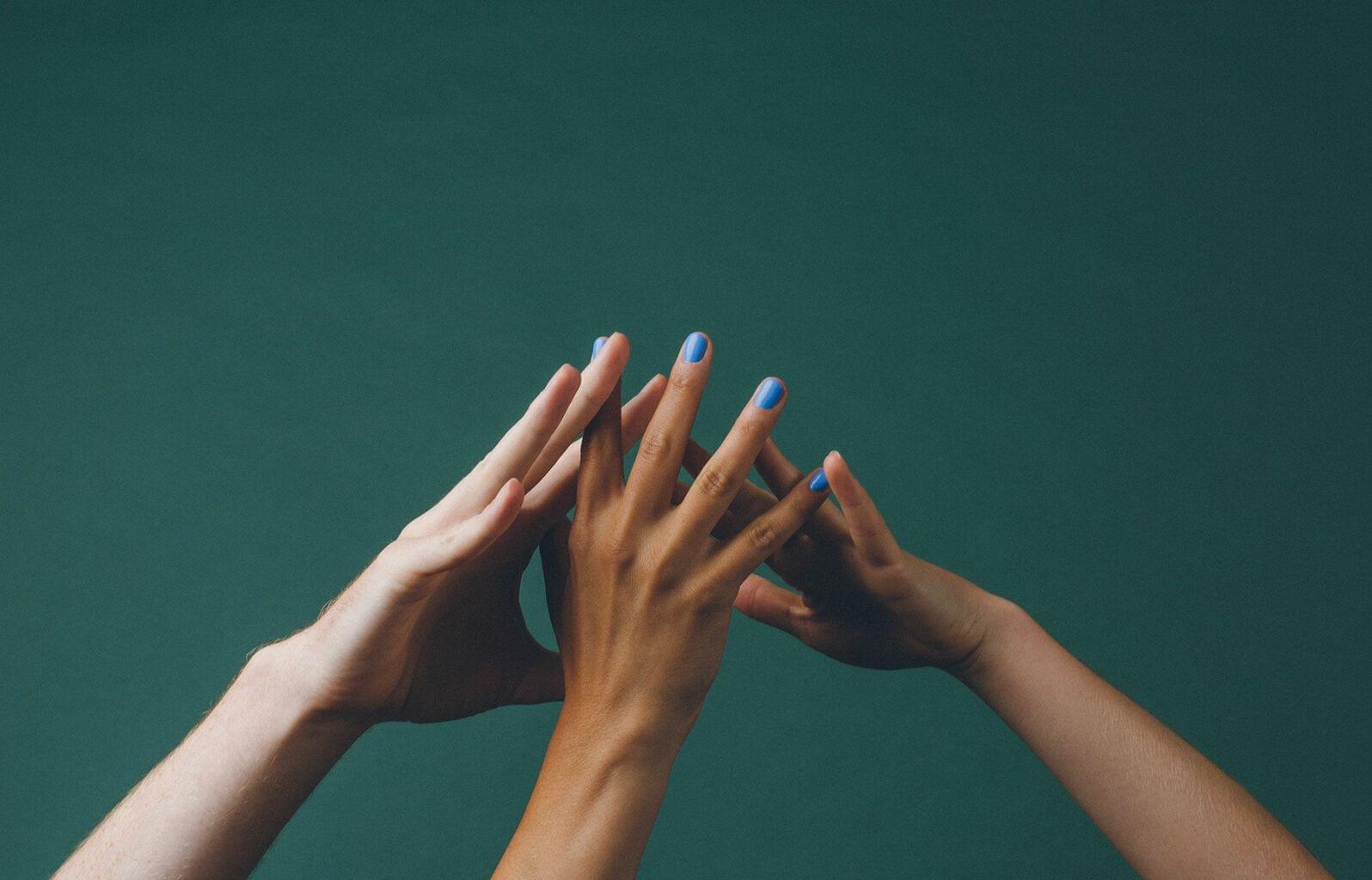 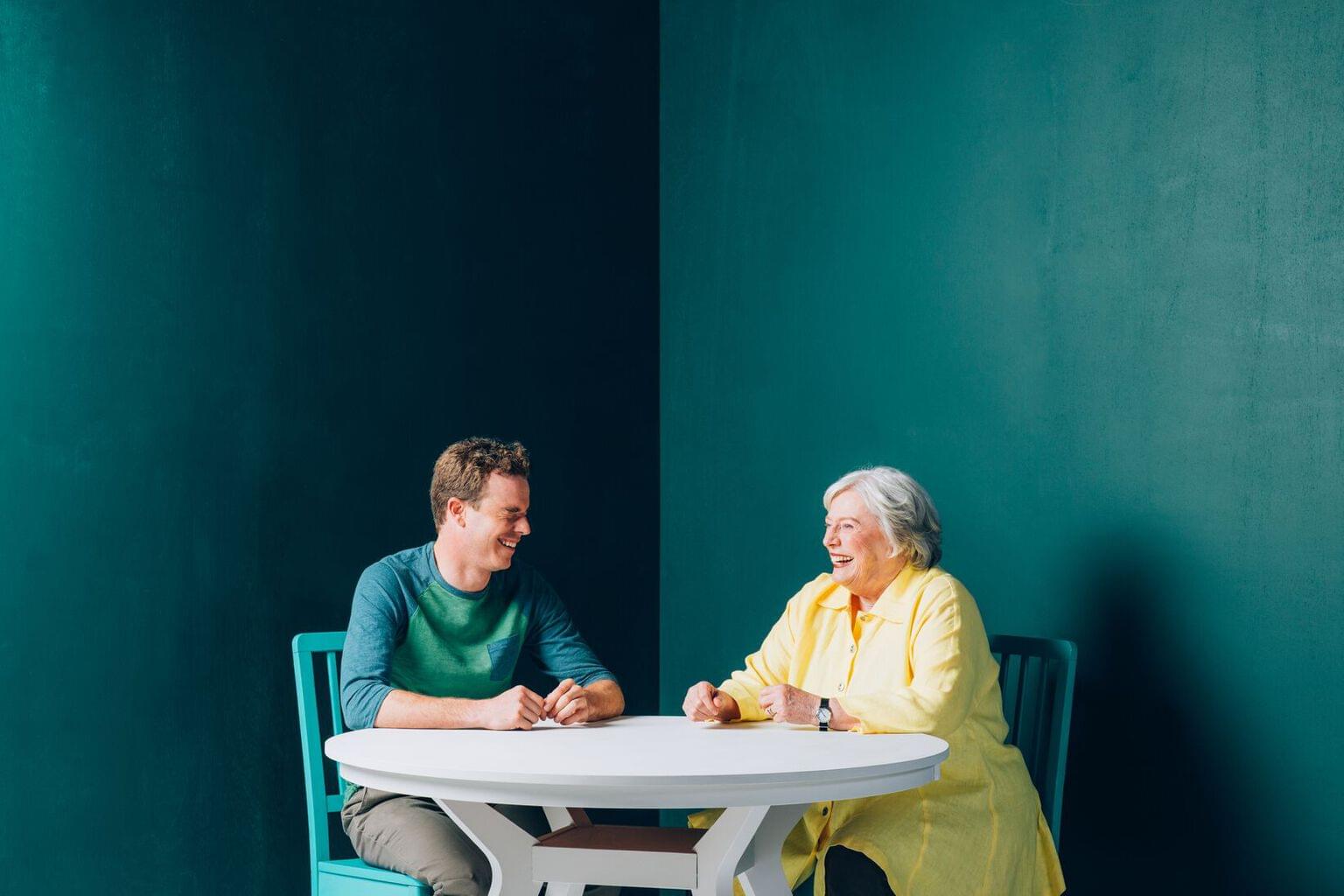 What is customer rapport? (+8 ways to build it)

Establish customer rapport to create stronger connections with your audience and improve retention. 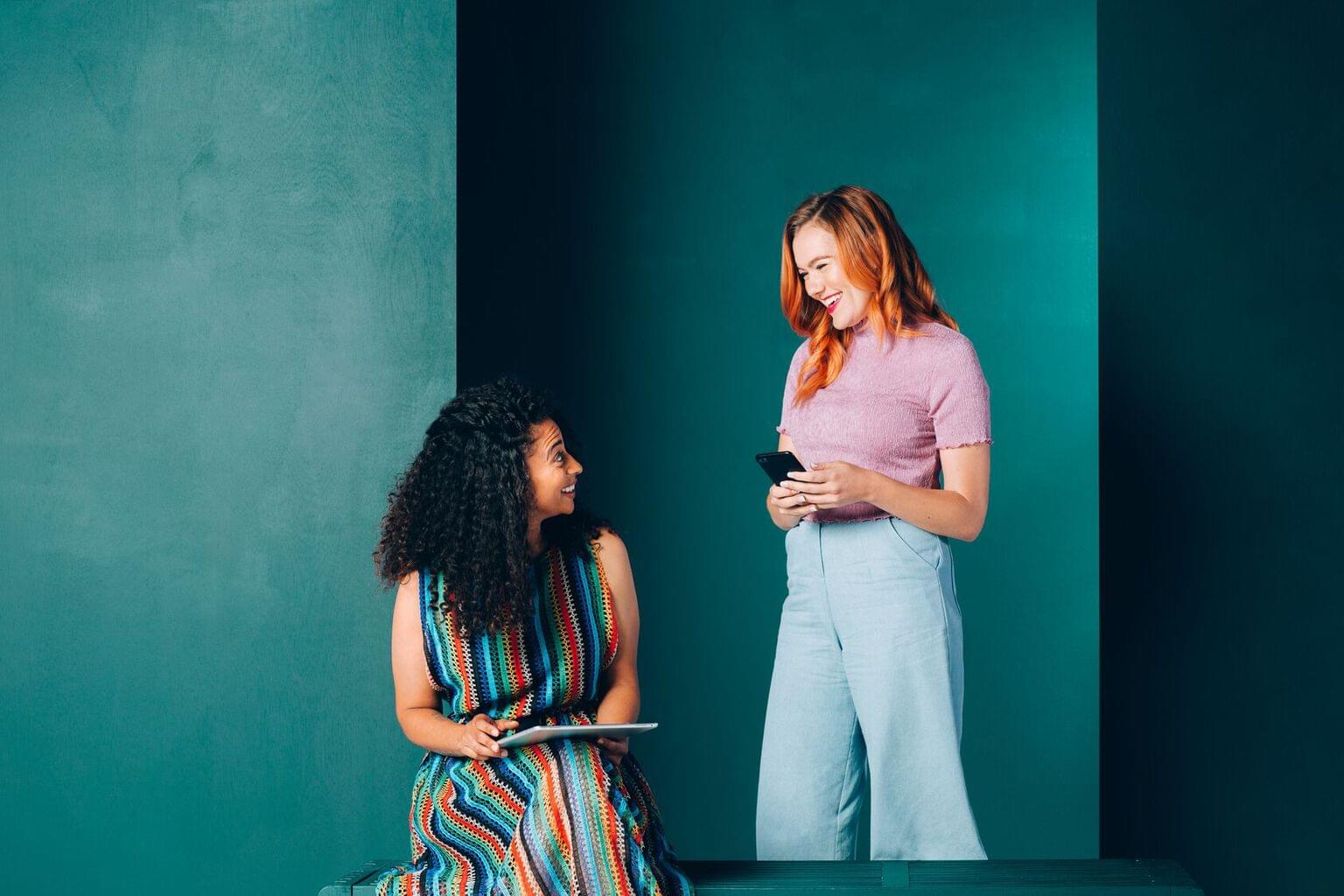 Customer enablement is critical to business success. When you educate and empower your audience, you enhance their experience and create loyal fans.