A tactical guide to preventing and surviving a social media crisis

How to wake up from a PR nightmare 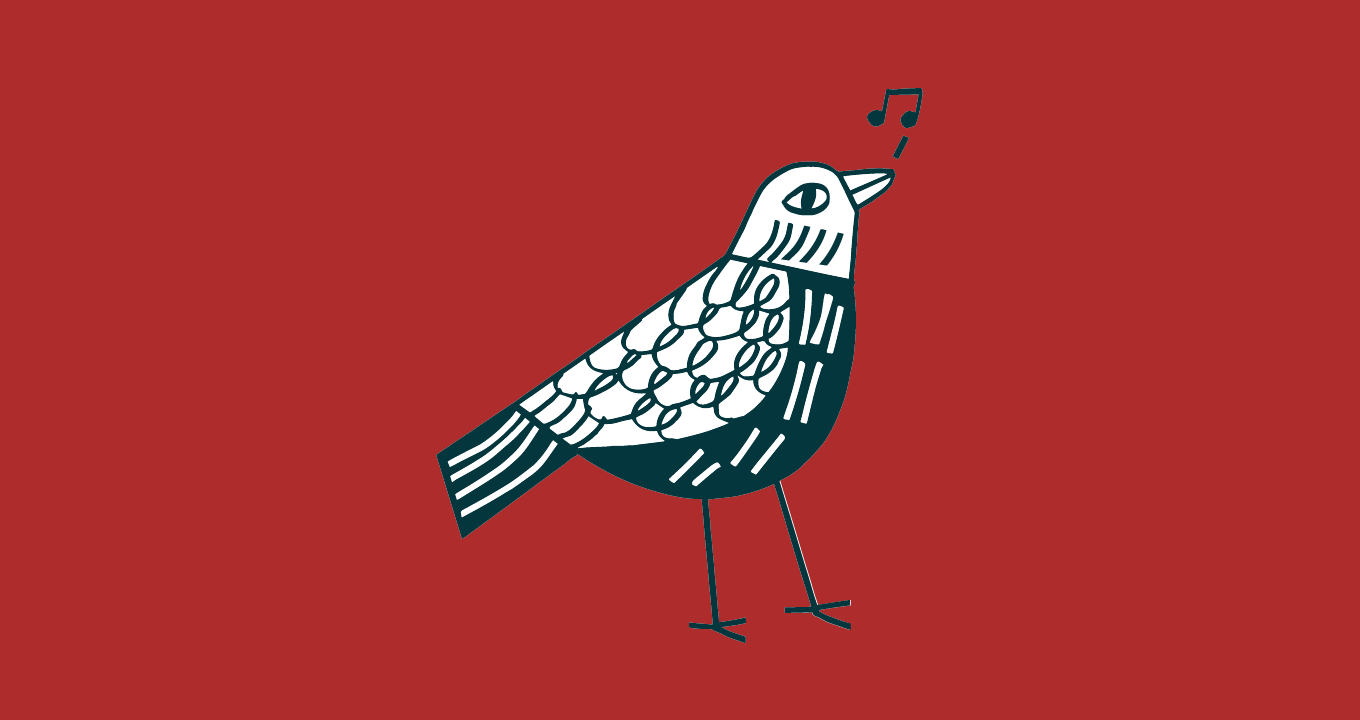 Despite being one of Chicago’s most acclaimed eateries, the gourmet restaurant Alinea was accused of tastelessness this past July.

The criticism wasn’t about the quality of the food; it was about the presentation. Namely, the design of a coronavirus-shaped canapé that one diner photographed and shared on social media. 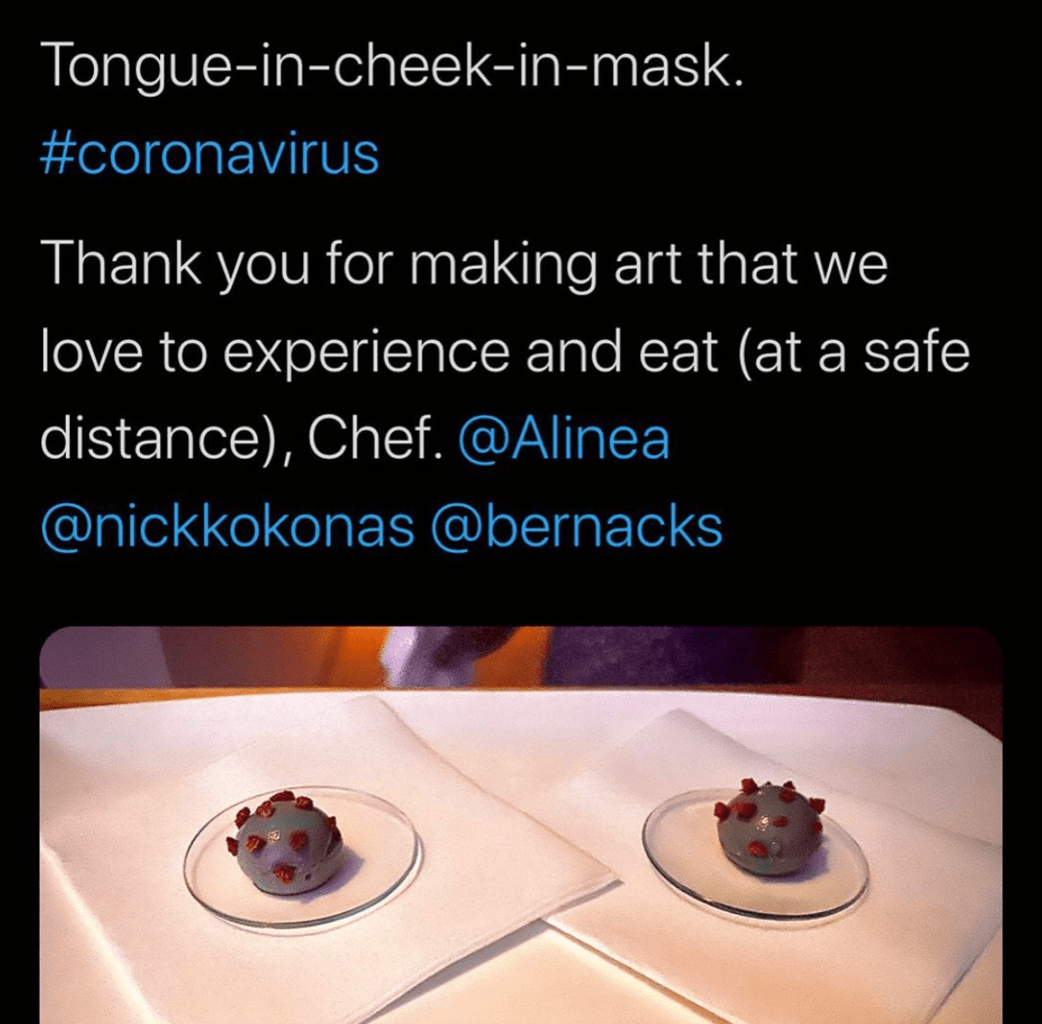 Hundreds of Instagram users expressed outrage at the balls of coconut custard that were speckled with red raspberries to resemble the virus.

In response to the outcry, the restaurateurs defended their dish as “art” that was always intended to be provocative. They even noted that the item was dusted with spicy curry powder and cayenne pepper to “denote discomfort.” That didn’t turn down the heat online, though, as other prominent Chicago chefs joined in to label Alinea tone-deaf and classist.

The fine-dining institution’s defensiveness may have been a natural reaction, but it wasn’t especially effective at quelling controversy. Like many businesses in hot water, they could’ve better weathered the controversy by employing some proven social media crisis-management tactics.

What is a social media crisis?

A social media crisis is an unexpected event that unfolds online, negatively affecting a brand’s reputation and revenue.

The crisis can begin on social media channels or start elsewhere and then spread on Twitter, Facebook, and other platforms.

Crises occur when brands make controversial decisions or statements, have inappropriate or insensitive social media posts, or become the focus of negative customer feedback for any reason.

To truly be a crisis, the backlash has to be pretty overwhelming. It’s more than just a few negative comments. It’s a lot of unhappy customers – maybe enough to become a trending topic, or a Guardian article, or a pronounced drop in stock price.

Smaller brands may experience smaller crises, but the effect is often the same: PR and social media pros running around with their hair on fire.

Of course, a real social media crisis is also one that’s unexpected. For that reason, true crises are somewhat uncommon these days, according to Marissa Tree, Zendesk’s Senior Director of Public Relations.

“It’s very rare that you don’t get a bit of a heads-up that something is about to unfold, and if you’re working in social media or PR, part of your job is to work with your stakeholders in a way that prevents it from becoming a full-blown crisis.”
Marissa Tree, Senior Director of Public Relations, Zendesk

Even bombshell events that seem to come out of left field are often the result of problems that have existed for a long time. In 2017, many were shocked when a passenger was forcibly dragged off of an overbooked United Airlines flight at O’Hare Airport. But a lot of other frequent fliers expressed the opposite of shock.

“That was obviously a very big crisis for United Airlines that then pulled into question a whole bunch of their systems and how they have treated customers over the years,” Marissa explains. “So it’s usually that the crisis is the tip of the iceberg.”

Prevention is key – the best offense is a good defense. But if a crisis can’t be averted, there are ways to mitigate the damage.

So you’re facing a social media crisis – now what?

Turn off all scheduled posts

If you have any scheduled social media posts, cancel them immediately. Nothing makes a brand look more tone-deaf than blithely posting business-as-usual content when they’re in the midst of a controversy and people are expecting answers.

In 2018, video of a paying guest being evicted from a Portland hotel lobby for “loitering” led to a #boycottDoubleTree hashtag trending on Twitter. But the hotel’s first tweet after the incident was a generic, seemingly prescheduled “Happy Holidays” post, which generated hundreds of more angry reactions. Once they eventually put out an apology, it looked like a late attempt at damage control.

Identify the problem and assess the severity of the situation

Understanding the issue will help you plot your next steps. You need to know what’s wrong and how much it has upset people. For example, if people are angry about a service outage, you need to figure out how quickly it will be fixed so you can let customers know when it will be working again.

Decide on the proper reaction

Some mistakes can be laughed off, while others require a much more earnest apology.

If your brand is getting teased for an innocent mistake, you might own up to it with a self-deprecating joke. Like when an American Red Cross employee accidentally tweeted about buying beer on the brand’s account, and they followed up with a quip about deleting the rogue tweet and “confiscating the keys.”

If, however, you’re getting some genuinely angry replies, a more sincere mea culpa is probably in order. In 2014, DiGiorno Pizza jumped on a trending hashtag by tweeting “#WhyIStayed You had pizza,” without realizing that the hashtag was meant for stories of domestic abuse. The backlash was strong and sudden, so the company quickly tweeted a serious apology and later released an official statement owning up to the mistake.

When deciding on an appropriate response, also consider whether a figure from your company should “own” the mistake.

“Does it need a more human voice? And if so, who should that human voice be?” Marissa asks. “I’ve seen really interesting instances of a brand profile being taken over by the CEO.”

Have prepared statements ready so you can react quickly

Sometimes when a brand drags its feet on issuing an apology, it’s not the PR or social media team’s fault. They’ve come up with a fast response but still need other stakeholders to approve it.

“A lot of companies take too long to respond in a crisis because they’re waiting for someone within the organization to give the green light,” Marissa says. “So when a crisis or an issue first unfolds, it’s good to be ready with some reactive statements that have already been preapproved.”

Create templates for apologies, service outage alerts, or other potential crisis statements. Then, if an unfortunate event occurs, you can at least address the matter early on, potentially limiting the damage.

Ways to prevent a social media crisis before it even starts

Often, if an issue has really reached crisis proportions, that means you missed a chance to tackle it before it spiraled out of control. Not every crisis is avoidable, but many can be preempted with the right precautions.

Try taking these proactive measures to reduce the risk of future calamities.

It’s important to establish the guidelines early on. Decide on the purpose for each of your brand’s social media accounts and the tone you want them to convey.

Marissa points to Best Buy as one of the first companies to differentiate between their brand Twitter account and their dedicated customer service account. The bio for the customer support channel identified who was answering the questions and what hours they ran the account.

“It was very clearly a customer support channel, a place that people could go to ask questions or complain, as opposed to a brand channel that is essentially just publishing news and regular company updates,” Marissa says.

Make sure the voice you settle on for your social accounts is authentic to your brand’s persona. If your brand is playful, you should reflect that in your posts.

Create rules of engagement for interacting with other users. Decide if and how your official accounts will talk with people discussing your brand online.

A lot of awful tweets would never exist if the drafts had just been looked at by a second set of eyes. If you’re tweeting from an official brand account, you may also want a third, fourth, and fifth set of eyes.

“Checks and balances need to be in place. You need a certain level of confidence that the message isn’t tone-deaf. Run the idea past different stakeholders within the organization and make sure people are on board.”
Marissa Tree, Senior Director of Public Relations, Zendesk

Having a solid vetting process in place can give you the confidence needed to take some chances.

“I think companies that fear a social media crisis also tend to be very risk-averse,” Marissa says. “And sometimes you’ve got to take the risk and say, we’ve done our due diligence and we think this is going to be an amazing campaign.”

If there’s still a backlash, examine the negative reactions to determine what you may have overlooked. Then, keep those blind spots in mind the next time you’re vetting a social media post or campaign.

The most proactive step you can take? Find out what negative comments your brand is already receiving on social media (before they turn into a trending topic).

“There are some really sophisticated social listening tools that help you manage your social media and make sure that any kind of interesting or potentially provocative content is being flagged,” Marissa says.

Social listening tools like Sprout Social and Hootsuite help companies monitor social media conversations about their brands, products, competitors, and industries. Analyzing these mentions can bring to light the product issues, common criticisms, and reasons consumers may prefer your competitors.

Both Sprout Social and Hootsuite can be integrated into the Zendesk Support platform, allowing customer support teams to better engage with social media users. Each integration allows users to create support tickets from social media messages, including Facebook tickets and Twitter “twickets.”

Let’s say a social media manager comes across a customer complaining about a product that’s not working, or that they want to return. The social media pro can quickly turn it into a support ticket and pass it on to customer service.

The more issues you’re able to nip in the bud, the less likely one is to blow up into a serious crisis.

Lots of social media crises could be categorized as “unforced errors.” But others are genuinely surprising, or at least not easy to anticipate. Keep a close, watchful eye on social media so you can see where public sentiment about your brand is trending.

And be sure to empower your customer support team to address questions and complaints on social media. Zendesk Support allows reps to start or continue customer conversations on Twitter, Facebook, or any other social media channel. It also connects with social listening tools like Sprout and Hootsuite to make it easier for social managers to flag and share tickets from social media.

Sign up for a free trial of Zendesk Support to see how you can better serve your social media users.