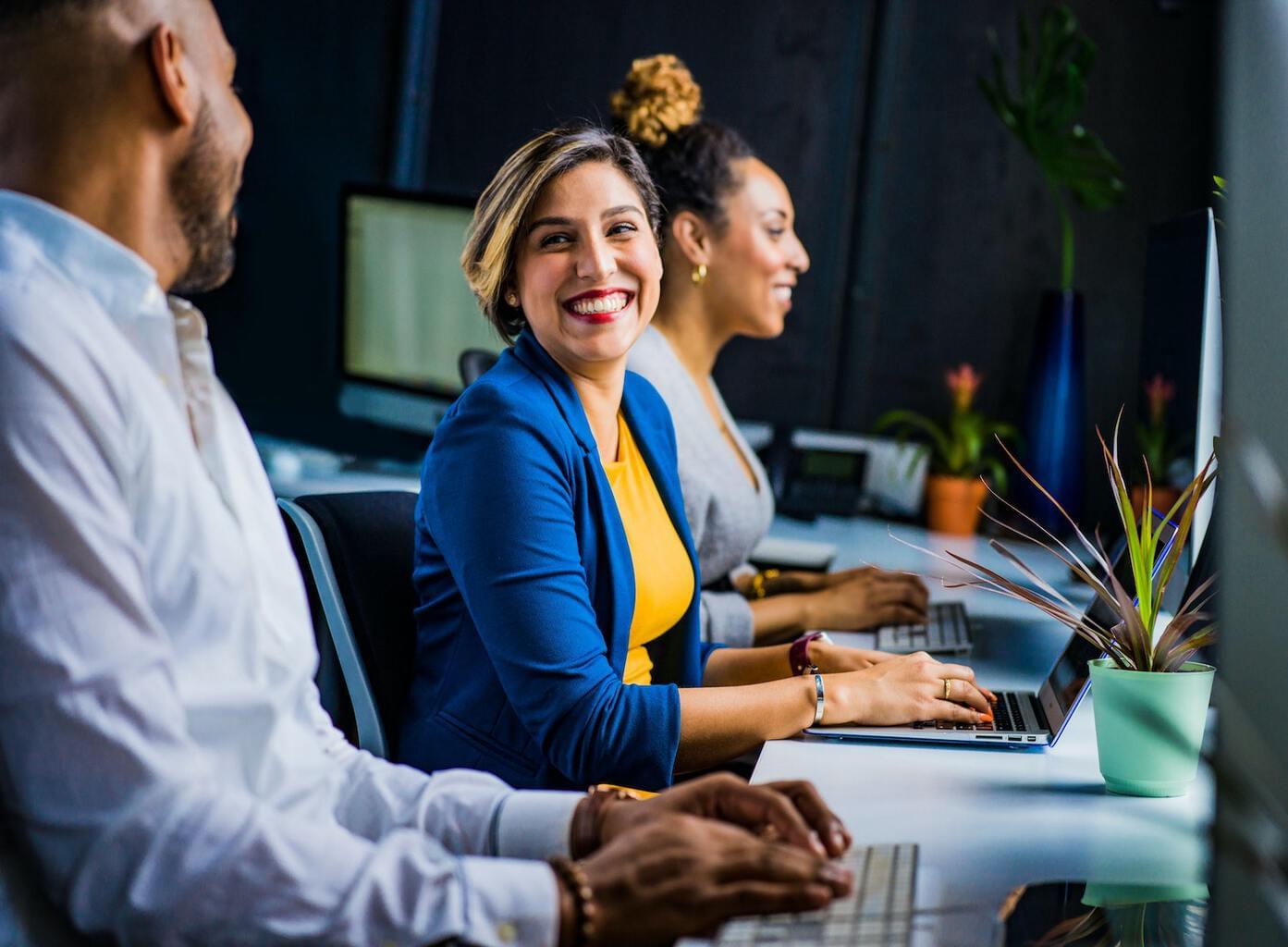 According to the Chief Customer Officer (CCO) Council website, the first Chief Customer Officer was hired by Texas Power and Light in 1999. 1999! That’s decades before the “customer obsession” of Amazon or the current climate of customers expecting ever more personalized and immediate attention. It was also a hire made in an industry not typically associated with razzle dazzle customer service, since utility customers are generally captive. But CCO Council founder Curtis Bingham explains that utility companies have a clear business reason for being customer-focused: if companies wanted to raise their rates to cover rising costs, they would only be allowed to do so if they didn’t have a lot of customer complaints.

Today, 90 percent of companies have someone in the C-suite whose job it is to focus on customers. That’s compared to less than 65 percent of companies in 2017 and 22 percent in 2014. But as many articles have pointed out, this role is often symbolic, designed to give the impression of customer-centricity when the chief customer officer actually lacks the power to affect change with a true customer focus in all the areas required. A C-level customer-focused executive needs to have influence wherever customer relationships are impacted, potentially including training, technology, reward systems, marketing, and more. Because many CCOs lack the leverage their role requires, they don’t last long. According to the CCO council, the average tenure of a CCO is only 26 months.

Because many CCOs lack the leverage their role requires, they don’t last long. According to the CCO council, the average tenure of a CCO is only 26 months.
Source

Curtis Bingham founded the CCO council in 2008. Among its members, advisors, and board representatives are C-suite customer executives from Coca Cola, Oracle, the Boston Globe, Metlife, and more. Bingham explained that the role of CCO is not what many companies think it is. It’s not just about customer experience, that’s only one arrow in the CCO’s quiver. It’s not just about making the customer happy; the CCO also has to balance the needs of the business. And it’s not a role you can give to just anyone, they have to have influence. And finally, there’s no point in creating the position if the company isn’t prepared to enact big changes.

A CCO should ignite change

In fact, the question of whether a company needs a CCO, Bingham said, begins with the company’s appetite at the top for change. “If they are of the belief or mindset that ‘What we have is working and we might do some incremental changes but wholesale changes are not going to be tolerated,’ you probably don’t want to hire a CCO,” Bingham said. Likewise, “If you were to offer your CEO $100, how much would they spend on the customer condition? If the answer is $3, a CCO is not someone you need.”

The role of a CCO is to shine a light on every department to look for ways the company could better serve the customers’ needs. A CCO is involved with things like digital transformation, where processes and entire departments are overhauled to streamline the delivery of goods and services to the customer in the channels they prefer. That means a CCO has to be—among other things—an excellent change manager.

The problem is, it’s not easy for anyone to be able to go into every department and recommend changes without threatening fiefdoms and stepping on toes. When I asked Bingham whether CCOs meet opposition when they try to influence change across the organization, he sighed deeply.

The role of a CCO is to shine a light on every department to look for ways the company could better serve the customers’ needs.

“I’ve seen that happen over and over again,” he said. A CCO, Bingham said, should be as close to the role of CEO as humanly possible. When they are four or five levels below, they have no power and no authority. They wind up begging people to pay attention to them. He’s had CCOs confide that they spent half their time trying to prove their value.

“The higher you are in the org chart, the easier it is for you to point and say, ‘Make it so.’” But having the title is only one route to influence. Another is to have earned authority. Someone who has worked in a company for 3-to-10 years may have built up enough authority to get people to listen. If a CCO is put in place without that history behind them, they may be able to rely on borrowed authority—when the CEO or someone with earned authority says “This person speaks for me.”

One highly effective CCO, Bingham said, was Jeb Dasteel who retired in 2019 as Senior Vice President and Chief Customer Officer of Oracle. When Dasteel took the job, Bingham said, he didn’t have the line authority; he didn’t own customer care, product management, or customer programs. But he had the right relationships in his organization to influence decision-making.

[Related read: The evolving role of the CIO]

Another thing Dasteel did right, Bingham said, is to use the culture to achieve the customer’s needs. “Oracle’s culture is hard-charging, analytic, competitive. He used the competitive culture to get people focused on competing for customers: ‘Here are the new customer metrics, how much better can we serve customers?’ That was a stroke of genius.”

Bingham said he’s seen CCOs come out of every business operation. Many come out of marketing, some out of operations. A few come out of customer service, but the problem there is that they are sometimes better at focusing on the customers than at balancing business needs.

“An awful lot of CCOs who fail go into an organization saying, ‘It’s all about the customer,’” Bingham said. “But it isn’t. The customer would love for you to give them things for free, but we don’t. There are tradeoffs that have to be made, a very profound balance between business needs and customer needs.”

“The customer would love for you to give them things for free, but we don’t. There are tradeoffs that have to be made, a very profound balance between business needs and customer needs.”
Curtis Bingham

Striking that balance requires having clearly defined metrics tied to company key performance indicators. Most CCOs, Bingham said, do not have a viable set of metrics and measures they can use to prove their value. They have not done the due diligence to be able to explain how a one percent increase in Net Promoter Score impacts profitability. Consequently, he said, the company “hits a revenue road bump and they’re the first one out of the pool.”

CCOs also need a strong internal marketing team to promote their work to leadership, to employees, and to customers. They need to effectively tout the changes they’ve made so that when it’s time for the customer to renew, it’s a “no brainer” because they’re aware of all the work the company has done to retain their business.

Changing the vernacular to clarify the role

Bingham believes the role of the CCO is confused by certain terms: like “customer experience” and “internal customers.”

“There are a lot of companies investing millions in customer experience without examining what bureaucratic processes are we requiring customers to have to interact with us? Is there a delivery problem? A status update we need? We have created a huge set of processes forcing customers to adapt to us rather than trying to figure out how to remove the barriers so customers are willing to spend money with us,” he said.

It’s a lot easier to justify spending organizational money on profitably solving customer problems than on creating a customer experience.

Bingham also has an issue with the term “internal customers,” only because he feels like it confuses everyone’s purpose. While he has written about the importance of keeping employees happy, he said it’s “super important we make sure we’re clear who the customer is: the customer is the person who signs the check.” Mercedes Benz, at one point, was trying to understand whether its customer was the dealership or the final consumer. Once they decided it was the final purchaser, that gave clarity to all their efforts in marketing, IT, sales, and more.

“We have to understand who consumes our products. Employees are important but they are not customers. They do not receive the same benefits and consideration as end customers. If we keep the language clear, we don’t get lost in competing priorities,” he said.

That doesn’t mean employees aren’t also within the province of the CCO. In all the work he’s done with CCOs, Bingham’s found that most employees are “dying to do the right thing” for the customer but they’re not clear on what that is. So they drown the customers in irrelevant information or take other actions that don’t actually help customers solve their problems. The CCO can ensure that employees hear the customer’s story, so that employees know the reason for the company’s existence and how their own role contributes.

At pharmaceutical companies, he said, they bring in someone suffering from a particular disease so that researchers know what they’re trying to cure: What’s the end goal? That’s what motivates employees of every company, Bingham believes. Perks and Friday happy hours are nice, but what employees really want is to help solve customer problems so they can make a meaningful difference. Customer stories help companies accomplish that.

In short, nobody wants a job that sounds nice but isn’t actually making an impact on the company or on the world—be that a customer service agent or a CCO. But if companies can get the role right, it can make a huge difference.