Neuroscience: today’s tool for understanding customers and ourselves 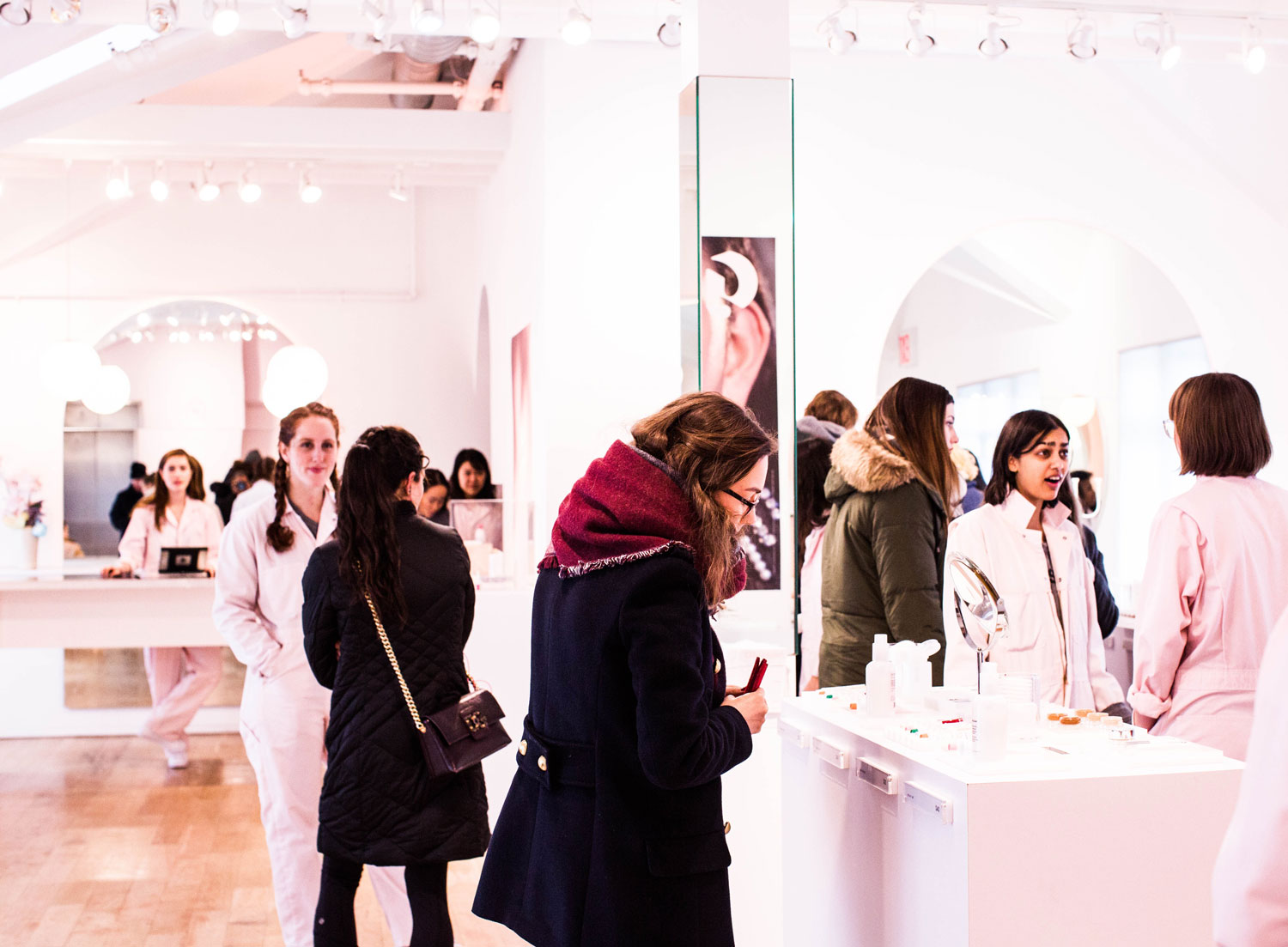 What if you could have such profound insight into your customers that you literally understood their motivations better than they understood themselves? Creepy, yes? But also intriguing. Companies have been developing ever more sophisticated strategies for understanding customers. We now have ethnographers, diagnostic tools like voice of the customer, and software that reads the emotion in customer messages. But all of that works outside the black box that is the human mind. Neuroscience gives us a portal to the mind’s interior. And many companies are using it.

Studies have shown that customers aren’t always clear about what they want or why. And logic isn’t as dominant in our thinking as we imagine. Humans tend to think we’re in conscious control of our choices, but myriad factors having nothing to do with the product or service can sway us toward or away from a particular option. A study from the University of New South Wales Sydney, Australia, that came out in early 2019, showed that scientists reading the brain activity of participants could detect what choice they would make a full 11 seconds before they made it. While scientists were reluctant to say how much of the choosing was conscious or unconscious, Joel Pearson, one of the authors of the study, was quoted in Mashable as saying: “As the decision of what to think about is made, executive areas of the brain choose the thought-trace which is stronger. In, other words, if any pre-existing brain activity matches one of your choices, then your brain will be more likely to pick that option as it gets boosted by the pre-existing brain activity.”

If companies can understand how to use that brain activity, they can create more effective products and experiences for both customers and employees. That’s part of the reason why schools like the University of Pennsylvania’s Wharton School of Business have founded neurological institutes to bring neuroscience into the business world.

If companies can understand how to use that brain activity, they can create more effective products and experiences for both customers and employees.

“Neuroscience is quite sophisticated in what it knows, and though a lot of progress has been made, there’s still a challenge translating that into real-world solutions,” said Elizabeth Johnson, PhD, executive director of the Wharton Neuroscience Initiative. “That leap hasn’t been made very often… the field is ready with new tools that help break neuroscience out of the lab and allow us to do really interesting things with customer experience, customer engagement…and HR.”

[Read also: How to use emotional data to build customer loyalty]

You too can have a neuroscience lab

Companies like Google and Apple have had neuroscientists poking around in customers’ minds for a while. But now, neuroscience labs are available to pretty much anyone through companies like BitBrain. Depending on the size of kit you order, you can get EEGs, biosensors, eye trackers, and indoor positioning labs, among other things. What do those do?

Some of these can only be used in a lab environment today. Few customers are wandering around with headsets reading their brain activity. But it’s possible that in the future, customers could be incentivized to don wearables and share their data during a shopping excursion, or while using a software, with the issuing company. Retailers already use the indoor positioning labs to track shoppers using their phone’s wifi. This can give retailers a lot of data about how shoppers shop. And if customers are using the store’s app, the store can send coupons for items they regularly buy whenever the shopper approaches the relevant aisle. Marry this to eye tracking and galvanic skin responses and retailers could come to understand more about shoppers’ habits than ever before.

But it’s possible that in the future, customers could be incentivized to don wearables and share their data during a shopping excursion, or while using a software, with the issuing company.

“The reason why my colleagues and I are excited about neuroscience, is that our entire lived experience of the world is a neuroscience expression,” said Dr. Jordan Amadio, a neurosurgeon at the University of Texas Dell Medical Center and Seton Brain and Spine Institute. Dr. Amadio, who also has a master’s in business administration, was one of the founders of a startup accelerator called NeuroLaunch, that focuses on businesses founded on neuroscience. Neuro companies include Halo Neuroscience, which produces a headset for athletes that electronically stimulates the brain to speed the development of muscle memory, and Emotiv, which can measure performance and created a brain/computer interface that lets a quadriplegic drive an F1 car with his mind.

It’s not just about getting people to push the brain’s “buy button,” as Wharton’s Johnson said. Rather, she said, “There is no buy button.” It’s about realizing that humans are complex and neuroscience gets much closer to understanding some of the hidden reasons for what makes us happy, what influences our choices, what makes us productive or creative, and so forth.

With neuroscience, Amadio said, one has to look at employees and customers as “multidimensional beings,” in whom factors like sleep, good nutrition, and a sense of fulfillment are all necessary to keep a brain healthy and well. A neuroscientific approach to the workplace, for example, might use these tools to ascertain whether the open office leads to distraction or whether an eight-hour workday is more or less productive than a shorter day, from a brain exhaustion or creativity point of view. Neuroscience, in other words, takes the guesswork out of what motivators and influences help us excel.

[Read also: Radio silence: Why failing to respond will cost you credibility]

The problem with non-scientists working with neurological devices, though, is two-pronged. For one, it’s way too easy to oversimplify the meaning and interpretation of the data. As Johnson said, a person’s heart rate rising and their perspiration increasing only tells you they’re having a response. It can’t tell you whether that response is positive or negative. Creating customer experiences and gauging them by neurological responses and analysis requires far more training than a manual or an off the shelf product can provide.

A neuroscientific approach to the workplace, for example, might use these tools to ascertain whether the open office leads to distraction or whether an eight-hour workday is more or less productive than a shorter day, from a brain exhaustion or creativity point of view.

The sexier problem with commercial enterprises using neuroscience is the obvious fear of businesses using mind control for profit. Many researchers have worked on brain-computer interfaces such that people with motor disabilities could control computers, wheelchairs, prosthetics, and more with their minds. Elon Musk famously wants to take it a step further and hack the human brain by marrying it to artificial intelligence available on a device—like a smartphone. So you’d never have to look anything up again; but neither could you necessarily ensure that no one could hack the device connected to your brain.

A company that entices its employees to share their neurological data via wearables, for example, just might wind up with a benevolent workplace, designed for employees to do their best work and make better contributions to the world. On the other hand, giving your employer direct access to your brain with the idea that they are focused on increasing performance and productivity is also the stuff of dystopian nightmares, especially as there is no governing body for neurological research.

“Expecting tech companies to have our best interests at heart has not played out well in the past,” notes Dr. Amadio. “And that’s not a neuroscientist’s opinion. It touches on work done with neuroethics. There is an imperative for neuro tech companies to strive to certain ethical guidelines, a need for greater public awareness of brain tech outside of the medical arena, and a need for understanding the ethical implications of these technologies. The potential for misuse is very high. There’s a question of who should regulate the technology. And those are things that we as a society should determine.”

There is an International Neuroethics Society that meets annually. And organizations like Wharton have their own neuroethics summits. These groups look at questions like consumer protection, privacy, using neuroscience in marketing, and more.

Since neuroscience addresses aspects of human thinking and choice that even the humans themselves aren’t aware of, companies need to be careful to let customers set the boundaries and maintain personal control. Just because we can do a thing doesn’t mean we should. Marrying our brains to our phones, for example, ignores the research that says we become “dumber” when we have the constant distraction of texts, emails, and social media pinging us.

A company that entices its employees to share their neurological data via wearables, for example, just might wind up with a benevolent workplace, designed for employees to do their best work and make better contributions to the world.

Moreover, as more and more efforts are made to make people more productive, intelligent, and better able to satisfy customers, there doesn’t seem to be a commensurate effort to make us kinder and more focused on social good or long-term outcomes.

“That doesn’t get enough attention, and it speaks to the kind of communities that are obsessed with brain hacking,” said Dr. Amadio. “Humans haven’t always been the best judge of what’s good for them. In the 1950s, for example, everything was about convenience. That’s how we came up with disposable plastic products. Plastic was going to solve all our problems. Now it has become one of our main problems to overcome. Humans haven’t always had the right ideas about what we should strive for.”

Maybe a deep dive into neuroscience will help us understand why that is.