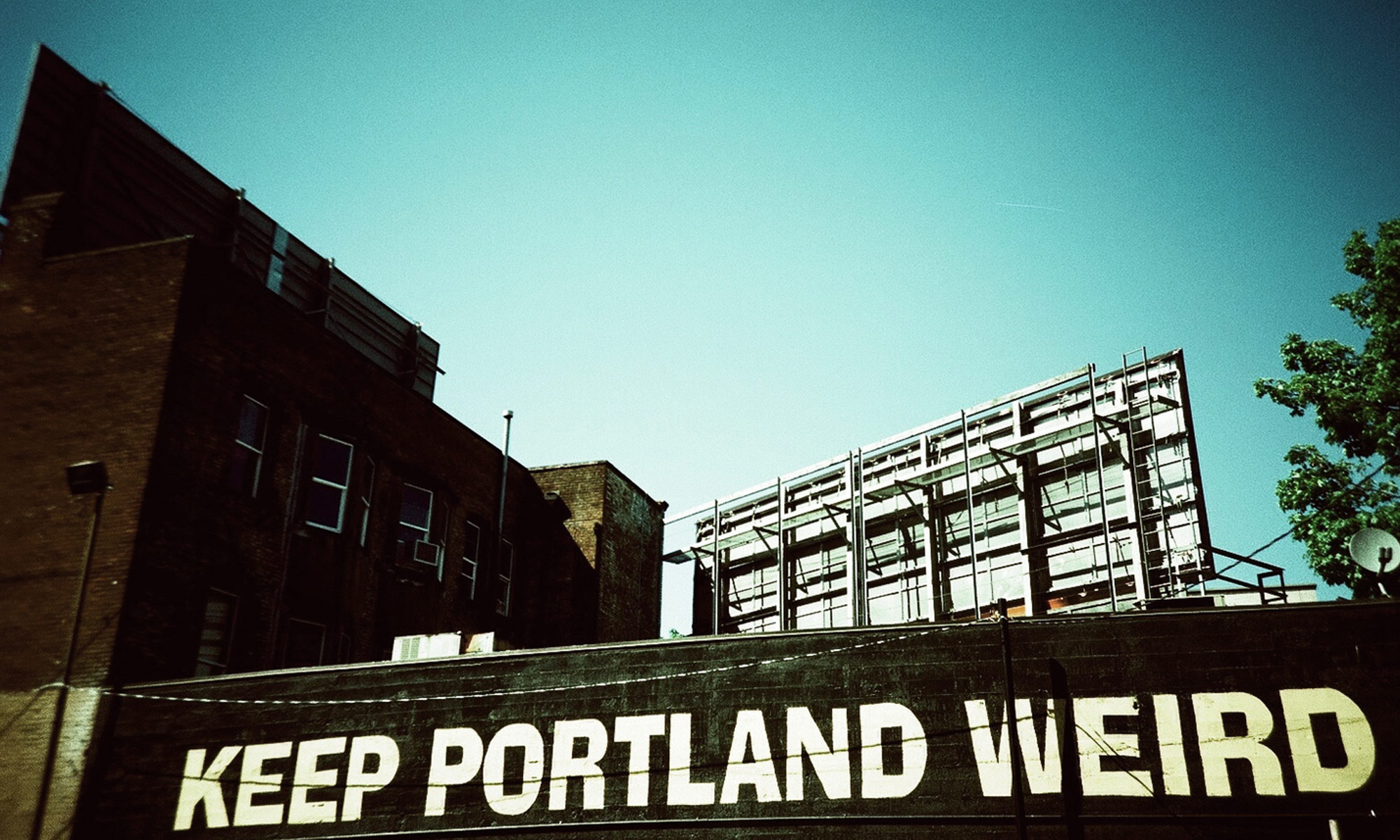 Bad customer service—when you’re not at its mercy—can be pretty funny. We’ve all been there, so we can relate when we see examples of service gone wrong. And if you’re in the industry, there might be nothing more amusing than someone else’s faux pas. Thanks to a little crowdsourcing, here’s a list of the best of the worst customer service scenes ever to air on the big or small screen.

(Hint: these are easy to Google if you need a little safe-for-work pick-me-up. You’re welcome, copyright lawyers.)

So here we go. The nominees, please:

In a scenario that would never happen today, George gives a woman he’s interested in the phone number for the restaurant where he’s waiting for a table with Elaine and Jerry. While Elaine and Jerry are busy arguing over what to eat, the restaurant’s host keeps calling “Cartwright! Cartwright!” Finally, George approaches the host and says, “Excuse me, I’m expecting a call. Costanza?” “Yes,” the host says, “I just got a call. I yell Cartwright! Cartwright! Nobody came up. I hang up. Just like that.”

[Read also: Is it time for your startup to form a customer advisory board?]

In another car rental debacle, how about Neal (Steve Martin) trying to get home for Thanksgiving? He arrives at the Marathon Car Rental counter worse for wear after receiving keys for a rental car that wasn’t there. The rental car agent, with a rock hard hairsprayed do, purple eyeshadow and bright pink lips, is on a personal call, discussing Thanksgiving dinner. “Gobble gobble,” she says into the receiver. Neal waits for her to wrap it up, literally seething, until he can’t hold it back anymore. He erupts into a series of expletives that is more expletive than other words. The rental car agent coolly replies, “I really don’t care for the way you’re speaking to me.”

Here’s the scene: The airport is empty. There’s only Greg (Ben Stiller), a boarding agent at his gate, and some guy vacuuming in the background. Greg approaches with his ticket. He’s in row 8, but the gate agent has just announced through the loudspeaker that she’s boarding rows 9 and above. “Please step aside, sir,” she says in a perky, but firm tone. “It’s just one row, don’t you think it’s okay?” he asks. Nope. “We’ll call your row momentarily,” she replies, and then asks him, with more determination, to step aside. After a few painful minutes, the gate agent once again picks up the loudspeaker to thank the invisible crowd for waiting, and to board all remaining rows. When Greg steps forward, this stickler for protocol smiles and says hello as though he had not just been wishing her a slow and painful death.

This scene answers the question: Can service ever be too good? When you’re buying a necklace for your mistress while out shopping with your wife, and time is of the essence, the answer is yes. “Look, could we be quite quick?” Harry says as he waits for the clerk to gift wrap it. “Certainly, sir. Ready in the flashiest of flashes.” The clerk, fastidious and unable to read social cues, boxes and then bags the necklace with crushed lavender and cinnamon sticks. Frantic now, Harry exclaims: “What else can there be? Are you going to dip it in yogurt? Cover it with chocolate buttons?” In reply, the clerk pulls out a special glove in preparation to place the whole thing into a special Christmas box with a sprig of holly…just as Harry’s wife, Karen, appears.

This one might be NSFW, but it’s too funny to overlook. In another scene involving a jewelry counter, Annie (Kristin Wiig) loses her cool after questioning a teenager’s desire to buy a ‘Best Friends Forever’ necklace. “I don’t think you guys will be best friends forever,” she says. “No offense, but you know? The friends you have when you’re younger are sometimes…sometimes you grow apart. You know, when you get older maybe she’ll find a new best friend. And maybe she’ll be more successful than you are and prettier and richer and skinnier.” The teenager isn’t having it. What ensues is a juvenile one-upmanship of insults that anyone could be proud of.

You can’t go wrong with the classics. When Vivian (Julia Roberts) hits up Rodeo Drive dressed for work, the stinkeye she’s met with comes as no surprise. She points to an outfit on the mannequin and asks, “How much is this?” The sales woman replies, “I don’t think this would fit you.” “Well,” Vivian says, “I didn’t ask if it would fit. I asked how much it was.” The answer, as it turns out, is “very expensive.” Tension escalates until the sales woman concludes, “I don’t think we have anything for you. You’re obviously in the wrong place.” They ask Vivian (and her thick wallet) to leave—a mistake which, when she returns later, newly outfitted, becomes painfully obvious.

In a scene that’s now legendary, Peter (Ron Livingston) and his co-workers escape the office for lunch at Chotchkie’s. It’s one of those days when salad shooters and extreme fajitas just won’t cut it. Peter orders just a coffee and uses his hands as machine guns to vent his frustration. Their waiter, with a grin they’d like to wipe from his face, thinks Peter is funny. He mimics Peter gunning down the office and says the very last words on earth that Peter wants to hear: “Sounds like a case of the Mondays.”

Any time your waiter begins by saying, “This place really is a culinary voyage across the seven seas of flavor,” you know you’ve made a grave mistake. What follows is the longest ordering experience from the most complicated menu on the planet (think: “torpedo slamburger as a taco”). The waiter refuses to stray from the script, so when Fred tries to order an iced tea, he’s told they only have “smile teas,” which is a tea with ice. When he tries to hand his menu back, the server pushes the menu back down to the table and says, “There are a bunch of other specials, which I would like to tell you guys about.” Just when Fred and Carrie think their food is finally coming (40 minutes later), the waiter returns with a new menu. Whoops! The clock just turned over into the dinner hour.

This scene goes head-to-head against the last scene from Portlandia. Women and Women First is a bookshop that carries “only bottom-selling authors.” And the booksellers are determined not to sell any books to the university student who comes in wearing some very short shorts that they don’t like. The student asks them to look up a book. “We’re that computer,” they tell her. She asks about a specific title and the man says: “We could order that for you. It will take a year to get here.” The woman adds, “It has to be written.” Finally, the student spots a book she needs on a top shelf. “Oh, I can’t reach it,” the man says, his fingers grazing the spine.

Here’s where the Brits throw their hat into the ring. This sitcom also boasts some classic customer service scenes. First, there’s the scene where Jen seeks technical support and reaches an indignant IVR before being transferred to a phone agent whose French accent is not only dubious but so heavy they’ve practically got to proceed word by word. Ultimately, however, you just can’t beat the “Have you tried turning it off and on again?” bit. The title speaks for itself.

As a customer service rep at the Dunder Mifflin Paper Company, Kelly Kapoor (Mindy Kaling) has her script on lock. To each and every customer she says, in rapid succession: “Customer service, this is Kelly. Oh my God, I’m so sorry. That is so messed up. Everyone here is so upset; you have no idea. And rest assured, your voice has been heard. Okay, I’ll be thinking about you all day.” Click. Ring. Repeat.