Where do your customers stand on sustainable packaging? 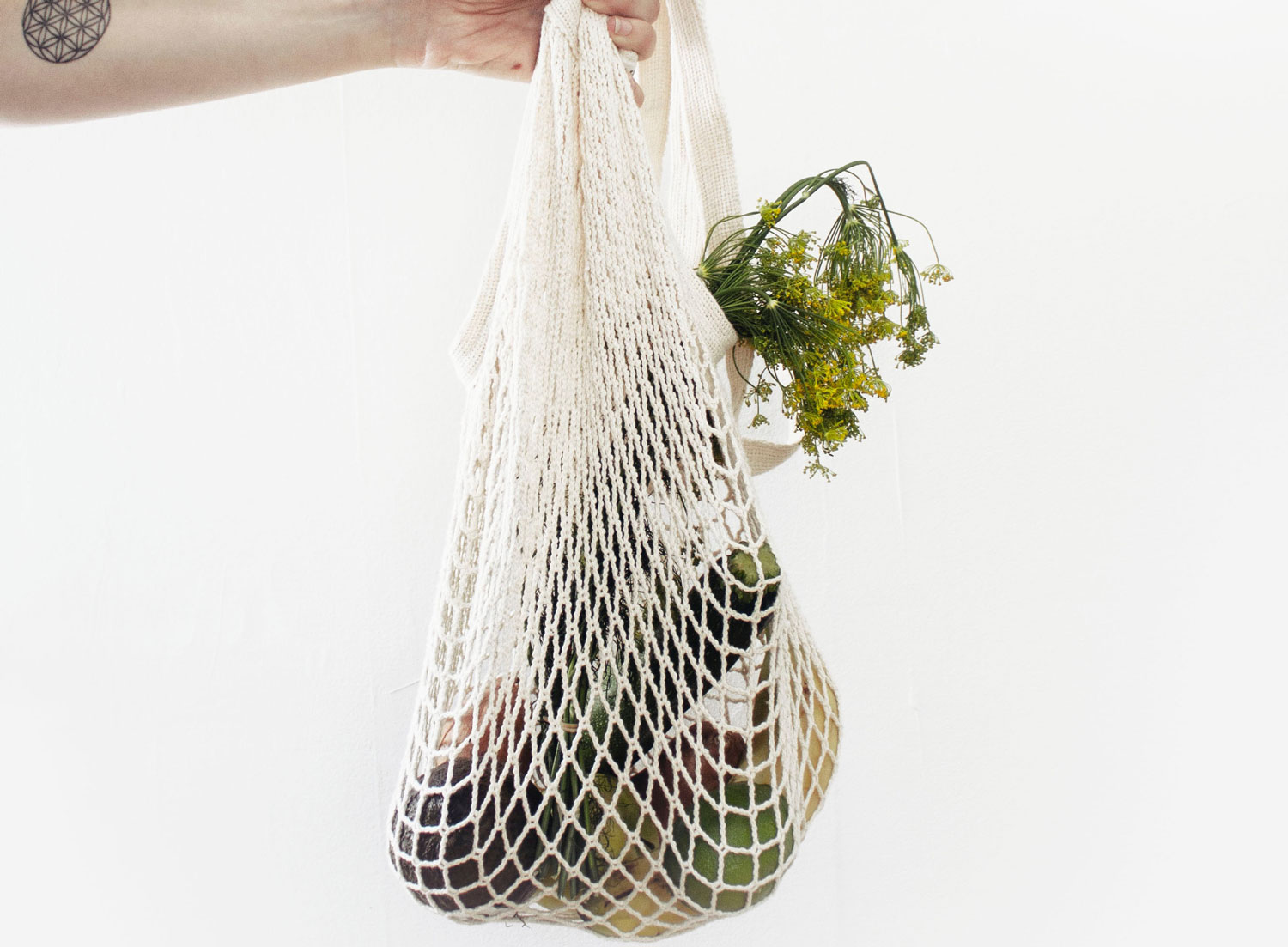 These days, every time I buy something wrapped in plastic, I am haunted by the specter of those islands of plastic in the ocean. I never want to contribute even one more item to that nightmare. I would prefer to buy in bulk, or to buy products packaged in biodegradable seaweed bags, or reusable containers crafted from recycled ocean plastic. But few companies have actually converted to this kind of packaging. So customers like me must compensate with a torturous level of planning about how to get goods without polluting the planet. It’s a dance reminiscent of Catherine Zeta Jones’ outmaneuvering the lasers in Entrapment.

It’s not that the needle isn’t moving on sustainable packaging. In fact, the numbers are promising:

And there are lots of different packaging options to choose from. National Geographic recently highlighted a bevvy of packages that actually could help the soil—made from seaweed, sugar, cellulose, mycelium. So why haven’t we gotten rid of petroleum plastics that take hundreds of years to break down, or packages with too many different layers to recycle? As the movie Living in the Future’s Past points out, a change like that involves shifting giant systems: manufacturing, packaging, and supply chain industries; consumer habits; and cultural transformation around the idea of consumption.

So why haven’t we gotten rid of petroleum plastics that take hundreds of years to break down, or packages with too many different layers to recycle?

Paul Tasner, a veteran of the Consumer Packaged Goods (CPG) industry, co-founded PulpWorks, which makes compostable packaging. Tasner worked at companies like Clorox and wound up eventually at the eco-friendly Method. That’s what inspired him to start his business. He said things are changing. Five or six years ago, he was speaking to the VP of packaging for a cosmetic company about switching from their plastic blister packaging—a bubble on a card that reveals a mascara or other kind of makeup—to his pulp container. “The VP said, ‘This is great, it’s so innovative, I really love it, it speaks to my own interest in sustainability,” Tasner recounted. “But if it’s one tenth of a penny more than what we’re paying now I can’t use it.’”

Many companies still think that way, Tasner said. They argue that they can’t afford the kind of investment required to change the way they manufacture or package their goods. But according to the website Industrial Packaging, going more eco-friendly actually saves money, because it reduces the use of resources, weighs less (and is therefore less expensive to transport), and attracts new customers who are interested in environmental products. Tasner also points out that there is lower turnover in companies that are focused on environmental initiatives, which saves businesses money in recruiting and onboarding employees, too.

[Read also: How to deal with the Amazon Effect]

The Industrial Packaging site pointed out that Coca-Cola reports having saved roughly $180 million a year since investing in sustainability. Now the beverage company is experimenting with an app that lets customers use their own refillable bottles at dispensing machines, doing away with disposable drinking cups. Unilever has committed to making 100 percent of its packaging reusable, recyclable, or compostable by 2025, and P&G has committed to reducing its use of virgin petroleum plastic by half—switching to recycled plastics and other materials—by 2030. McDonald’s also plans to move to 100 percent renewable, recycled, or certified sources by 2025.

Going more eco-friendly actually saves money, because it reduces the use of resources, weighs less (and is therefore less expensive to transport), and attracts new customers who are interested in environmental products.

In 2008, Amazon introduced its Frustration-Free Packaging program, supposedly to reduce the over-packaging of products (though they still send me tiny products in big cardboard boxes). The program includes more than 750,000 products. Amazon says its sustainable packaging innovations have eliminated more than 244,000 tons of packaging materials, and saved the equivalent of 305 million shipping boxes.

Many companies, including Walgreens and Kroger, have joined Loop, a purchasing platform with reusable containers. When you buy a product, you pay a small deposit for the container. After you use up the product, you toss the empty container into a Loop tote bag and log on to the site to schedule someone to pick up your empties and replace your products. Loop will sanitize and reuse the container for another customer. Many of the companies on Greenpeace’s list of largest corporate polluters from disposable plastic are now Loop brands, though the service is still only available in a limited number of places.

One reason it’s so tough to figure out how to protect the environment while buying things is that packaging is complicated. When there was a movement to switch from plastic bags to paper, or to cloth tote bags, many arguments arose about deforestation, how much water or energy was required to produce various bags, or how many uses you had to get out of one bag to give it the equivalent carbon footprint of another.

Many efforts have been made to destigmatize plastic since it is such a durable and flexible material. Companies have created biodegradable plastics which—in many conditions—aren’t really all that biodegradable. While they do break down in open air, research shows that in some environments a “biodegradable” plastic bag is still usable after three years’ time.

Even if they do break down, plastics made from petrochemicals only break down so far, leaving the world full of microplastics, which have been found in human and animal bodies.

Packaging made from recyclable materials solves a lot, but nearly 91 percent of recyclables aren’t recycled. People either toss them in the trash or contaminate them—such as tossing in greasy pizza boxes or nonrecyclable objects like old laundry baskets. This makes for more work in sorting materials at the recycling center, driving up costs and reducing the value of the recyclables. Consequently, many cities are shutting down their recycling programs. The United States used to sell most of its recyclable materials to China, but in 2018 China severely restricted what they took. Evidently, there was too much junk to make it worth their while. Making new stuff is cheaper than recycling old stuff when the recycling materials have to be sorted so carefully in the recycling centers.

Packaging made from recyclable materials solves a lot, but nearly 91 percent of recyclables aren’t recycled.

“Glass has a decent record of being recycled,” Tasner said. “Paper has the best record for recycling. Plastic is dreadful; it’s as low as three percent of that gets recycled—nothing beyond beverage and food containers and laundry containers. After that, everything goes to the landfill.”
Tasner is working on device that uses facial recognition technology in a camera connected to a computer or smartphone to identify items in bins that are either too contaminated to recycle, or that were put in the trash instead of the recycling bin. It’s called Sort and it notifies the app user that something has been put in the wrong bin. Consumers wouldn’t required to pay for this, he said; waste companies would.

“Consumers think they’re already doing a good job,” he noted. “The beneficiaries of this waste would be the waste companies. If they can get cleaner waste they’re in heaven.”

Today, consumers still have to do a lot of the heavy lifting when it comes to eradicating pollution in packaging. We have to find options for composting, be more careful with recycling, and be on the lookout for fun new ways to consume, such as edible water pods to replace bottles of water. We can’t see companies’ efforts to address pollution as a ‘get out of jail free’ card to abdicate responsibility. For example, at one festival, National Geographic reported, festival goers assumed their compostable cornstarch-based plates would return naturally to the earth and so tossed them everywhere instead of properly composting them.

“Labelling a product as biodegradable may be seen as a technical fix that removes responsibility from the individual, resulting in a reluctance to take action,” reported the United Nations.

Bottom line, consumers drive everything. What we buy and how we handle our waste is our responsibility—but we can also ask our favorite brands to make it easier. Tasner says that brands are listening.

Bottom line, consumers drive everything. What we buy and how we handle our waste is our responsibility – but we can also ask our favorite brands to make it easier.

“Consumers have a big voice,” Tasner said. “They can make calls and send letters and companies definitely listen. It’s completely legitimate feedback. At Method we had a whole class of consumers who commented on everything, and their voices were valuable.”

Many big CPG companies have seen which direction the wind is blowing and know that, to stay relevant and keep customers, they have to change now. Fortunately, the market for sustainable packaging is finally ready to be exploited.