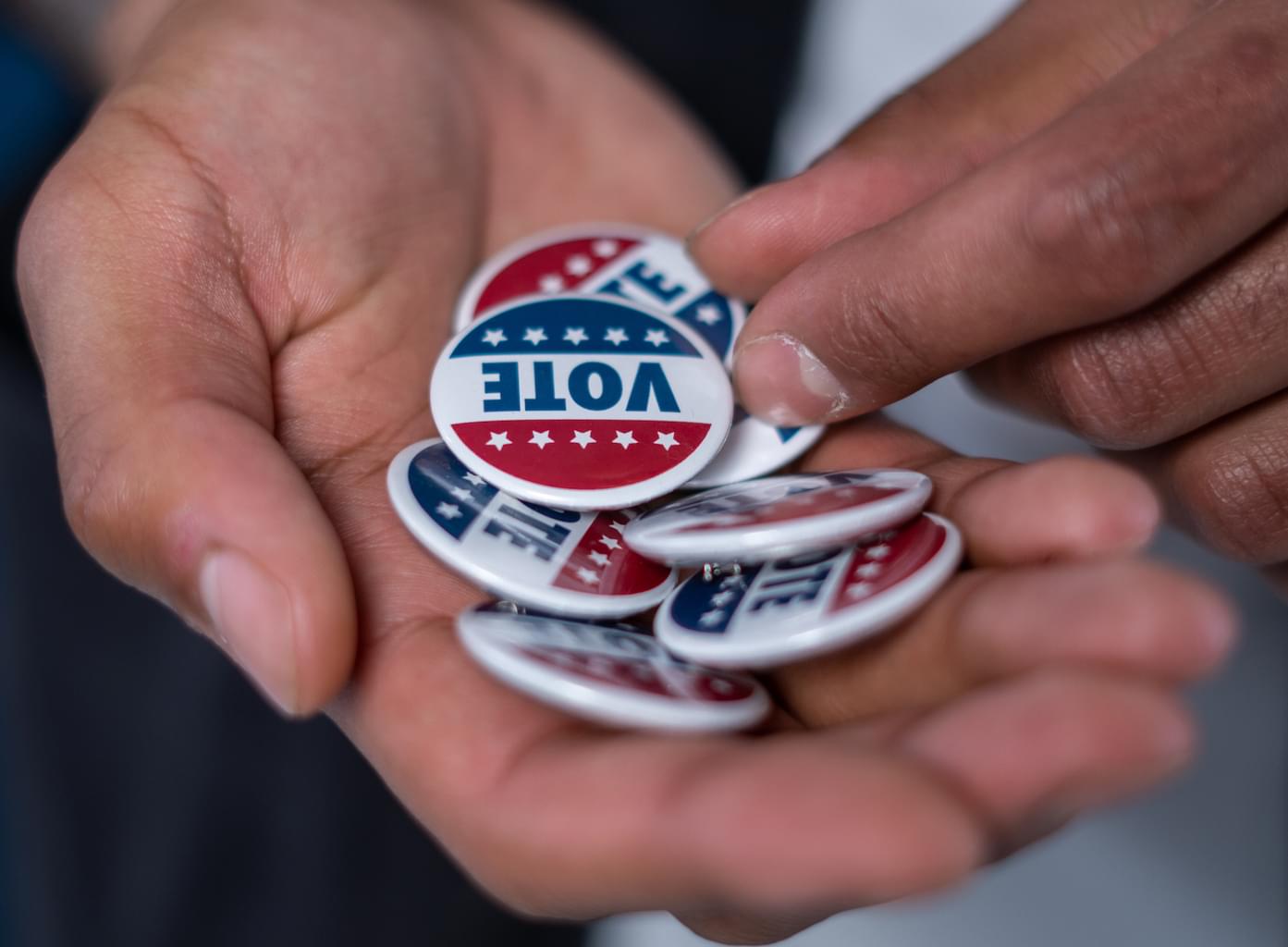 Not so long ago, the general consensus was that you didn’t bring your personal politics into the workplace. Employees endeavored to avoid discussions about politics (other than of the office variety) around the water cooler, and employers took pains to keep potentially divisive political conversations out of the conference room.

As we approach the end of a tumultuous year, this once-universal norm feels like one more quaint feature of a bygone era. With the U.S. deeply divided on a range of social issues from the science around Covid-19 to climate change to abortion, this fall’s election will likely be the most important of our lifetime. And with that, conversations about the upcoming election are not only happening nonstop across the media and our social feeds, they’re happening via Zoom and over Slack, too—in other words, at work.

With the U.S. deeply divided on a range of social issues from the science around Covid-19 to climate change to abortion, this fall's election will likely be the most important of our lifetime.

In light of what’s at stake this November, formerly niche discussions have moved into the mainstream as new cohorts engage in political speak. Generation Z has mobilized, using all the social media tools at its disposal; there is a heightened awareness of the historic disenfranchisement of voters of color; voter suppression is now widely discussed; and, an increasing number of influential athletes and celebrities have chosen to use their platform to encourage all Americans to vote.

In the midst of this movement, U.S. companies are also stepping up—and speaking out—in unprecedented ways.

Times are changing—and so are we

To many observers, companies taking a stand around the election is the logical next step in a pattern that’s been trending for a while. After all, we’ve gotten used to powerful corporations, armed with money and empowered by global platforms, expressing opinions and influencing policy. And, studies show we expect it. To maintain the loyalty of socially-conscious customers, particularly powerful Millennials, many companies are deciding to take a stand.

As noted in the Harvard Business Review, the trend toward corporate participation in our electoral process has been building, driven in large part by the increasing polarization of our country and the knowledge that election outcomes have hinged in recent years on just tens of thousands of votes:

To maintain the loyalty of socially-conscious customers, particularly powerful Millennials, many companies are deciding to take a stand.

“In 2018, voter turnout in the U.S. midterm elections was the highest of any midterm election in the last century. Of the many factors contributing to this achievement, hundreds of companies encouraged their employees and/or consumers to vote. For these companies, ‘get out the vote’ programs not only helped get more voters to the polls but also helped to raise brand awareness, strengthen relationships between employees and shareholders, and even open dialogue with elected officials.”

Black Lives Matter protests, ignited by the killing of George Floyd, Breonna Taylor, Ahmaud Arbery, and countless others, compelled companies to come out with strong statements of solidarity and action—publicly—that support racial justice, forging new partnerships, and that include donating vast sums of money and openly messaging their actions along the way. This year’s election, with its fraught voting process, offers another opportunity for organizations to express their corporate values.

This year's election, with its fraught voting process, offers another opportunity for organizations to express their corporate values.

“This summer, we saw companies big and small use their platforms to state, ‘Black Lives Matter.’ It’s important to the ACLU that we help companies connect the dots on how they can operationalize those stated values. One way is by supporting voting rights initiatives like the Voting Rights Advancement Act,” said Danielle Silber, director of strategic partnerships at the American Civil Liberties Union (ACLU). The Voting Rights Act was rooted in the premise that all Americans have the right to vote, regardless of race or language proficiency. It was critical to the civil rights movement, ensuring hateful policies like poll taxes and literacy tests became historical footnotes. The VRAA would help prevent and end similar modern forms of vote suppression.

[Related read: Vote 2020: Empower your employees to use their voices]

Against this backdrop, it’s not at all surprising that we’re now witnessing U.S. companies communicating pro-democracy values around the upcoming election. Companies are willing to get political (not to be confused with “partisan”) because they realize that the strength of the communities they operate in—as well as the wellbeing of their employees and their customers—hinge on a strong and participatory democracy.

The Harvard Business Review looked at where companies are netting out on this trend, noting, “Studies show that consumers are more loyal to brands that take a clear stance on issues they care about. But taking a partisan approach to civic engagement can alienate employees or customers in today’s hyperpartisan environment. Our study finds a sweet spot for firms: being pro-democracy and pro-voter, without being partisan.”

"Studies show that consumers are more loyal to brands that take a clear stance on issues they care about." — Harvard Business Review

For some companies, being ”pro-voter” means not only encouraging employees to register and to vote, but also to join the broader “get out the vote” movement. Faced with the prospect of a shortage of poll workers this fall, businesses have devised specific policies—or been more vocal about existing ones—to encourage employees to volunteer during the election.

It’s a rather dramatic development if you think about it, painting the private sector as more competent and influential than our government when it comes to elections. As reported by Vox, “The responsibility of poll worker recruitment should theoretically fall on local and state policymakers, but currently, corporations are jumping in to fill this gap and partnering with bipartisan voter organizations, like Civic Alliance and Power to the Polls, to address the shortage.”

And companies are going beyond simply informing and mobilizing their workforces. In an attempt to address the tragic reality of our country’s chronic civic disengagement, nonprofit organizations like the ACLU are working closely with U.S. companies this year to create a more informed electorate.

In an attempt to address the tragic reality of our country’s chronic civic disengagement, nonprofit organizations like the American Civil Liberties Union (ACLU) are working closely with U.S. companies this year to create a more informed electorate.

“We are working with companies to help educate their audiences about the long-term importance of civic literacy and voting rights and how enhanced civic engagement can impact the civil rights and civil liberties causes that companies and their audiences care about. Companies can help to educate employees, and sometimes customers, about the importance of down ballot races and ballot propositions on issues like racial justice, criminal justice reform, immigrants’ rights, LGBTQ rights, and women’s rights,” said Silber.

Hamstrung by a polarized, paralyzed government our democracy finds itself turning to corporate America for help. Thankfully, many companies are heeding the call.

As Silber explains, “It’s not enough to share information to help equip people with what they need to vote. We need the private sector to help to remove the barriers that prevent eligible voters from casting their ballot in the first place.”

What voters need to know: Tips from the ACLU 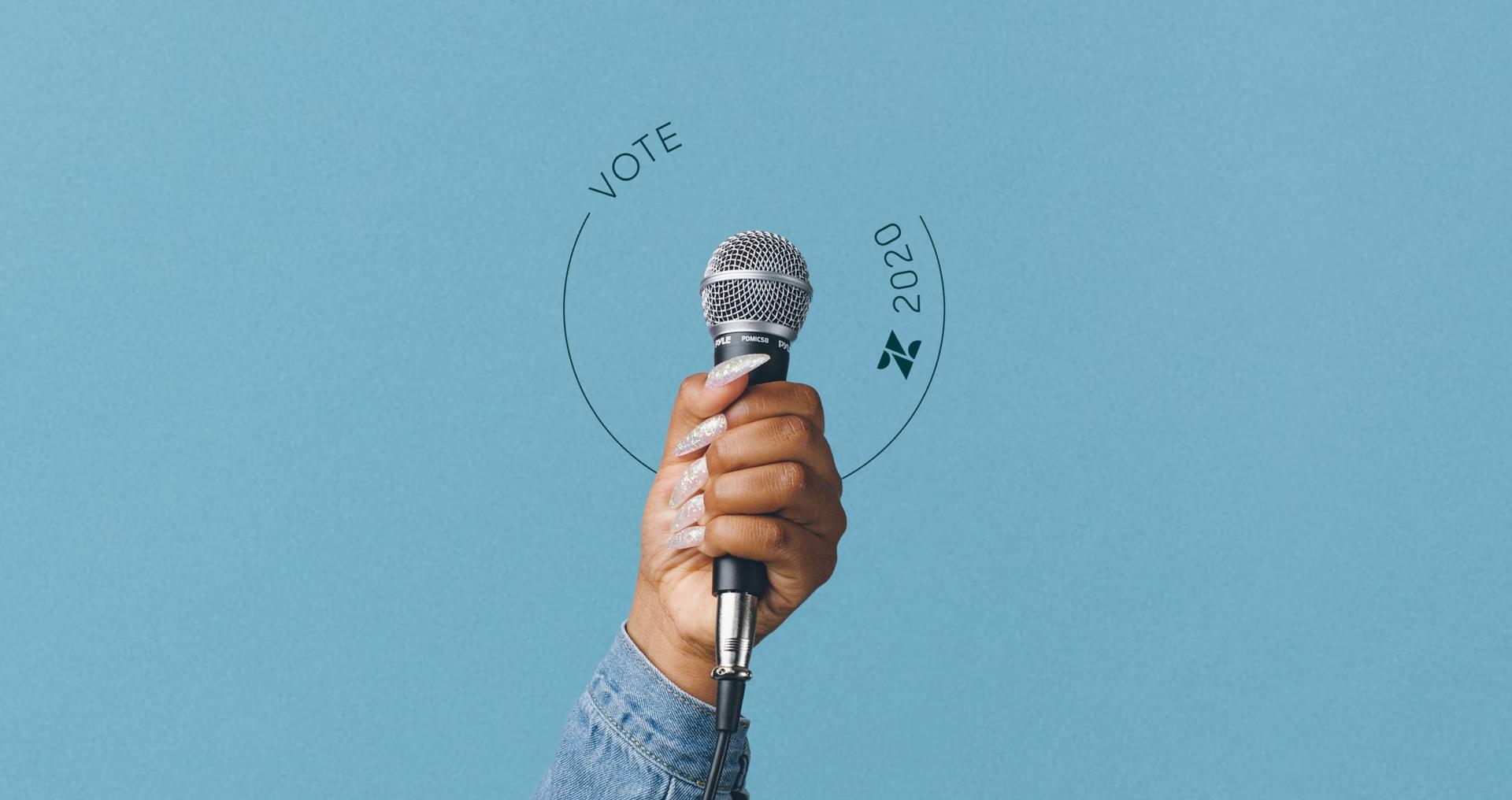 Informed citizens are empowered citizens. Use this resource to share information about voting and voting rights.

Working toward equality for mental health in an unequal world

World Mental Health Day aims to raise awareness and provide an opportunity for those working on mental health issues to shine a light on their work. Here are a few organizations that Zendesk is proud to support.

Sharing our commitment to building a diverse and creative company that stands for empathy, equity, and being a good neighbor to the communities we serve.