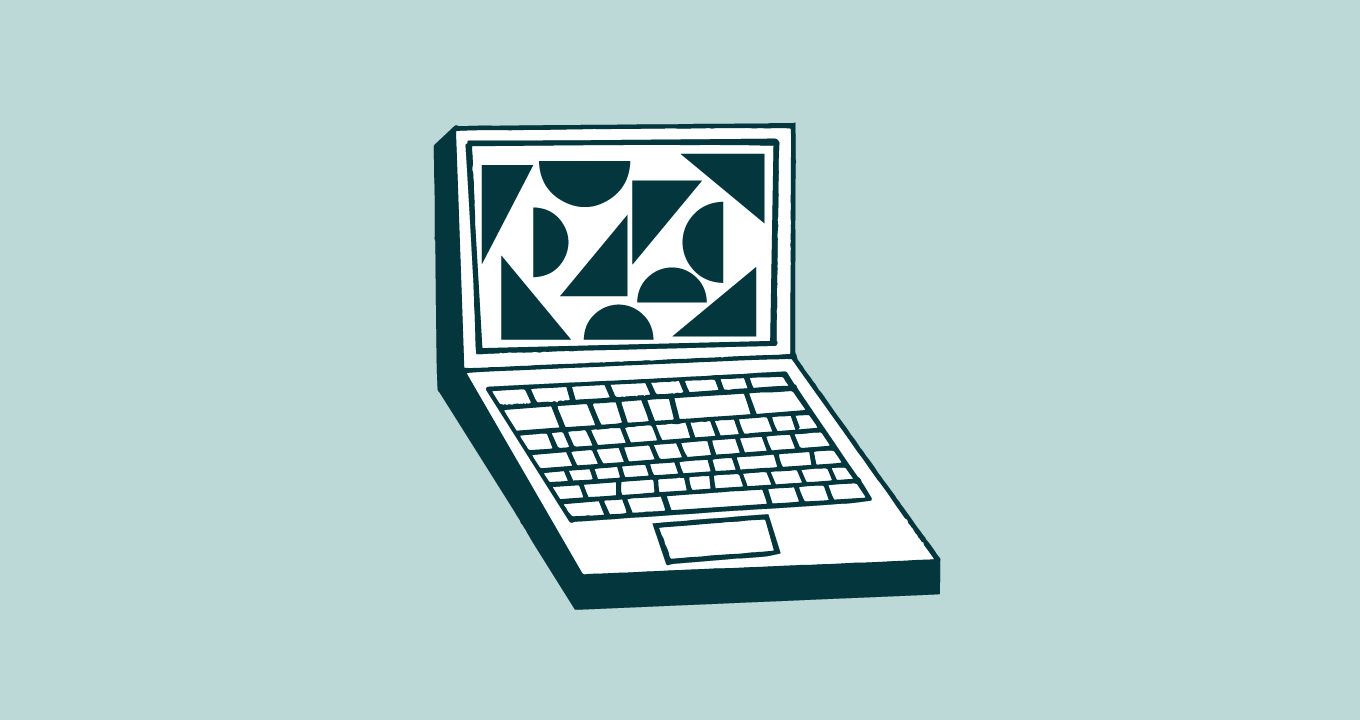 In 1972, a simple video game mesmerized players around the world: Pong. Despite its rudimentary black-and-white graphics and limited gameplay, the table tennis game kick-started the video game industry, launching one of its first giants, Atari. Now, as the industry approaches the half-century mark, it’s projected to surpass a global value of $90 billion USD.

But for every World of Warcraft or Assassin’s Creed, hundreds of other titles flounder in the marketplace. With so much at stake in the industry, forward-thinking companies have begun focusing on the player experience after a release: in other words, on customer service.

No matter what platform a game surfaces on — mobile phones, PCs, or consoles such as the Playstation 4 or Xbox One — customers demand quick, friendly customer service that’s both in-game and utterly seamless. They want to reach game publishers to address bugs, player bans, billing issues (for subscription services), questions about in-game transactions, and more without leaving the immersive environment they’ve come to love.

Increasingly, those publishers turn to omnichannel customer-service software to keep their customers returning to their carefully crafted worlds—and those that do are reaping the benefits.

Perhaps no title has captured audiences across demographic lines like Rovio’s Angry Birds franchise, the colorful, easy-to-learn mobile game that pits determined avian heroes against pigs bent on stealing their eggs. When the Finnish company launched the game, it knew that customer service would play a huge role in building a loyal fanbase, so it turned to Zendesk’s Mobile SDK, which enables developers to embed ticket submission, knowledge bases, and live chat directly in games.

“It doesn’t make sense to have to put down a mobile device, go to a computer and then go to help center to report an issue,” says Ric Thorneycroft, Rovio customer support manager. “If players don’t have a way to contact us because a computer isn’t handy, they may feel helpless and possibly may feel averse to reporting an issue that we would want to help solve. We wanted to be in a position where someone can contact us the moment there’s an issue.”

For Rovio’s Fruit Nibblers game, for example, 85 percent of all customer service requests come via Mobile SDK, says Thorneycroft. “This validates what we thought—that players want to have this kind of service,” he said.

In League of Legends, Riot Games’ wildly successful fantasy multiplayer game, lag and other technical issues can prevent otherwise skilled players from capturing their foes’ Nexus (as well as successfully defending their own home base). Those issues can be quite frustrating for players—especially ones involved in competitive matches—so Riot Games focuses on reducing customer service wait times through its custom-built apps, which are powered by Zendesk’s API.

Using the JSON-based REST API allowed Riot engineers to create Hextech Repair, which helps players configure their computers for optimal performance—which then leads to fewer tickets. “Players can use the tool to read their process list and in return, the app tells the player which processes are good and which processes might be conflicting with the game,” says Shaun Randall, a product manager in Support Engineering at Riot Games.

In addition, Riot Games used the API to build Blitzcrank Bot, which underwent a trial of fire when players submitted a jaw-dropping 20,000 tickets on its first day. It passed with flying colors, and the effects have been a boon to Riot and its players: wait times have been reduced to as little as 30 seconds for common issues like password resets and account recovery requests.

For NYX Gaming (now part of the SG Digital group), which supplies many of the online casino games that operate out of Atlantic City and around the world, having an omnichannel customer service tool in place meant not only being able to handle upwards of 20,000 tickets per month efficiently but also being able to communicate with players on their terms.

To achieve that goal, the company used Zendesk’s Embeddables functionality to offer an in-game chat experience that looks and feels like the games themselves. “We’ve included chat in our apps so that players can download the app from iTunes or the Google Play store, start playing, and chat from within the app,” says Steve Ross, head of US customer service for NYC Gaming. “It’s just the way people communicate these days.”

With about 40 percent of support requests coming via these in-game chats, NYX Gaming customer service agents need to respond quickly—and they do, with 96 percent of all chats being answered in 10 seconds or less. That fast response time is coupled with the support widget’s ability to automatically feed player and device information into the Zendesk ticket, which helps agents start troubleshooting right away. “It was easy to embed,” Ross says, “and it contributes toward a faster resolution time.”

Increasingly, customers prefer to seek answers on their own, without involving customer support agents—and gamers are no exception to that trend. (It can be argued that gamers, a technology-savvy lot, have been ahead of the curve in this respect.) But the last thing players want to do is to leave their favorite game in order to conduct a web search for self-service content.

That’s why Riot Games developed its internal Player Support Integration tool, which helps agents locate player information (such as ban history) faster. Fueled by the Zendesk API, the tool works with Guide to serve up dynamic content to players quickly and on point. “This lets us get closer to the web component world where we can change the page without having to reload it,” Randall says. “We have zero subsequent page load times in Zendesk, so after you hit our first page, you will have basically millisecond load times on every other page in the Zendesk instance.”

At Nexon, the South Korean makers of Lawbreakers and Maple Story 2, self-service is the rule, not the exception. While the company handles 200,000 tickets per year, it encourages players to find answers at its many game-specific sites, all of which take advantage of Zendesk’s multi-branding ability. “If people want help in those games, they click on the graphic for that game, and it takes them to the branded game site,” says Barry Schwartz, associate director of customer support. “Then they can get all the help they want there, submit tickets, or do live chat.”

Once those players land on one of those branded help centers (which are powered by Guide), they can submit a ticket directly from an article. That in turn helps Nexon categorize issues and manage its ticket workflow. “If players find a particular help center article helpful for their issue, then they don’t have to back out and go through the natural, organic ticket-submission process,” says Samantha McPherson, Nexon associate manager of customer support and certified Zendesk admin. “It’s really fast for them to be able to just click the button, not have to think about what type of issue they’re having—whether it’s account-related or a game-playing issue.”

Going beyond the game

Branded help centers, in-game chat, and developer tools that can help you build time-saving bots are a great way to keep your customers happy, but there are a host of behind-the-scenes tools that can do even more. Want to keep your engineers in the loop about recurring issues like bugs and glitches? The Jira app for Zendesk opens the channel of communication between support and engineering, helping everyone stay on the same page and solve problems. Need data about what kinds of issues consistently go unsolved? Create a report in Zendesk that sheds light on which issues are driving your players crazy.

As companies like Rovio and Nexon have realized, inventive game ideas and brilliant code are only part of the journey to success—the end game is customer service. Will your customer support team be ready for that test? 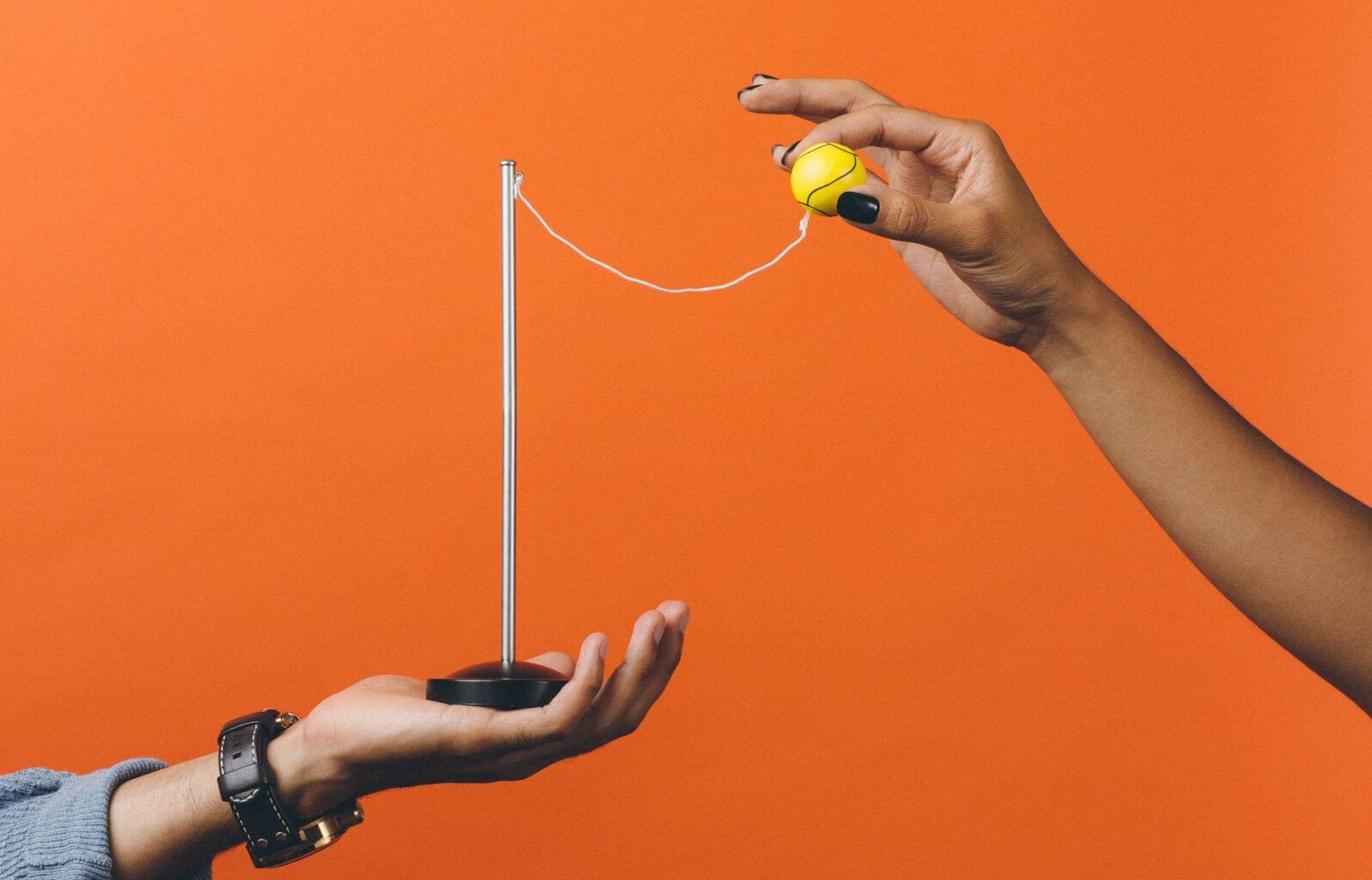 Why companies need customer tutorials [+ how to create them] 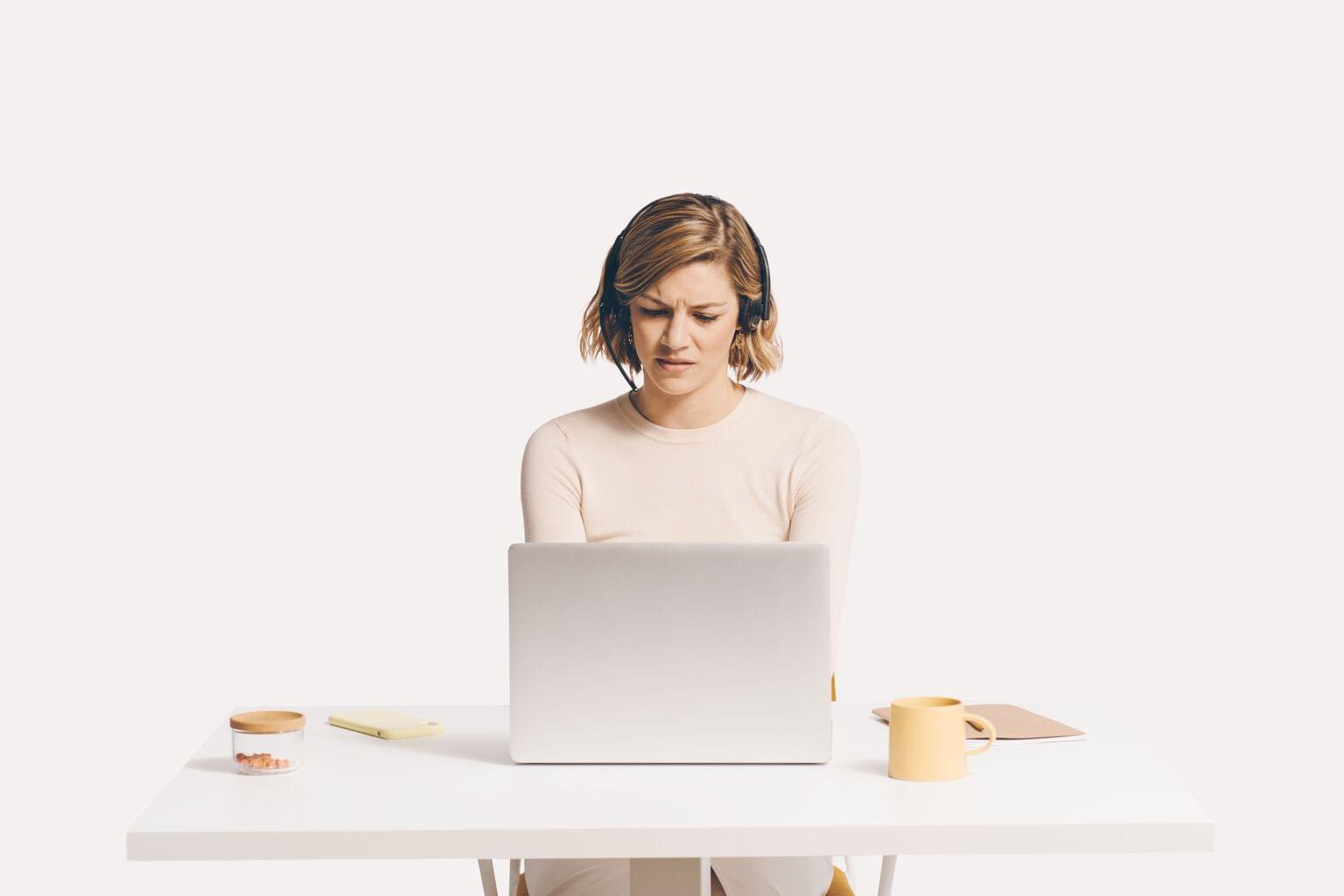 Do-not-reply emails can help ease the burden on support reps. But you should proceed with caution. 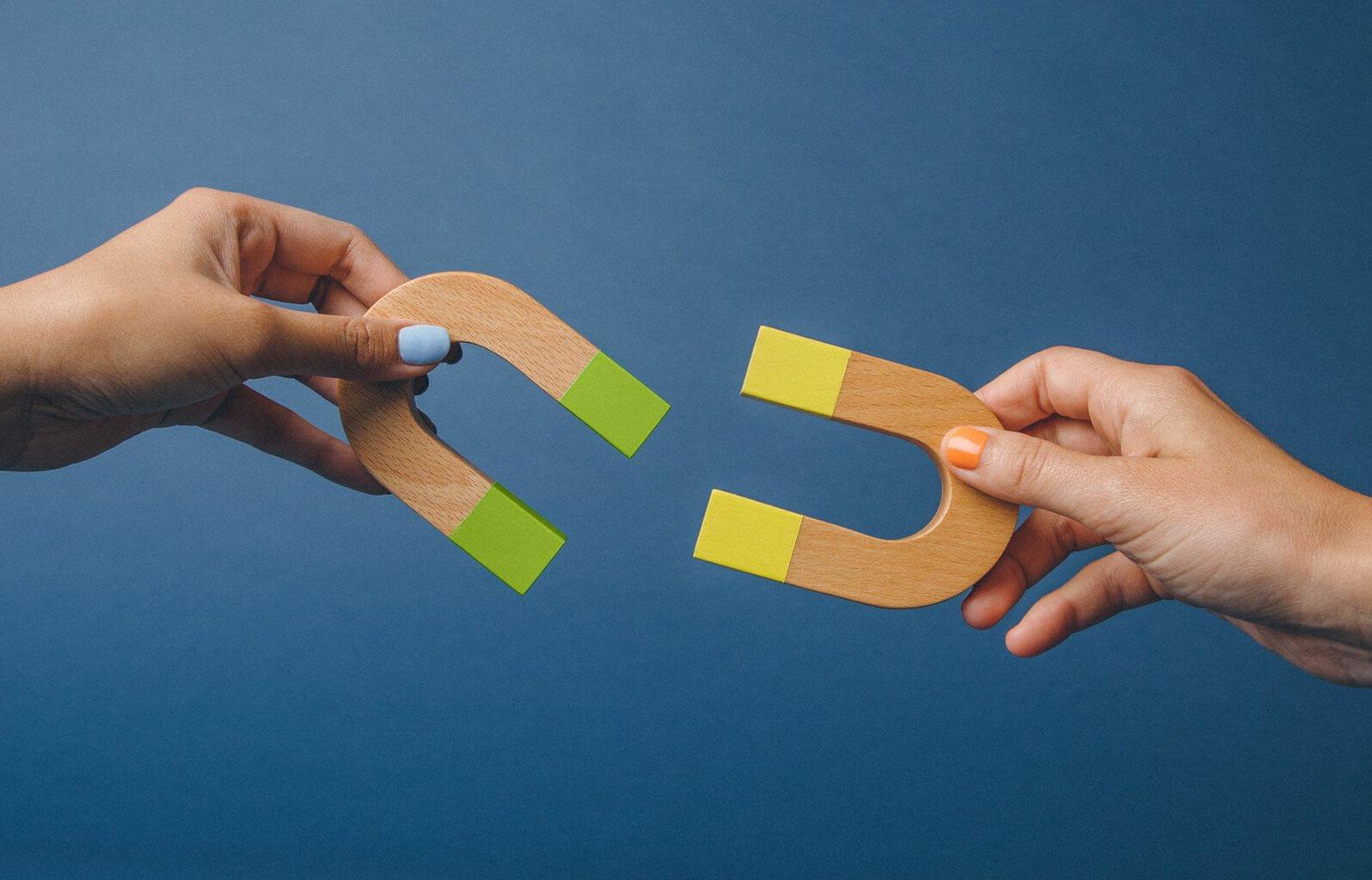 B2B customer service: What it is and how to do it right

VC funding for healthtech startups is at an all-time high. Here's how industry leaders are rethinking the healthcare experience, from app visits to doctor visits.