Talking about mental health at work, now part of the employee experience 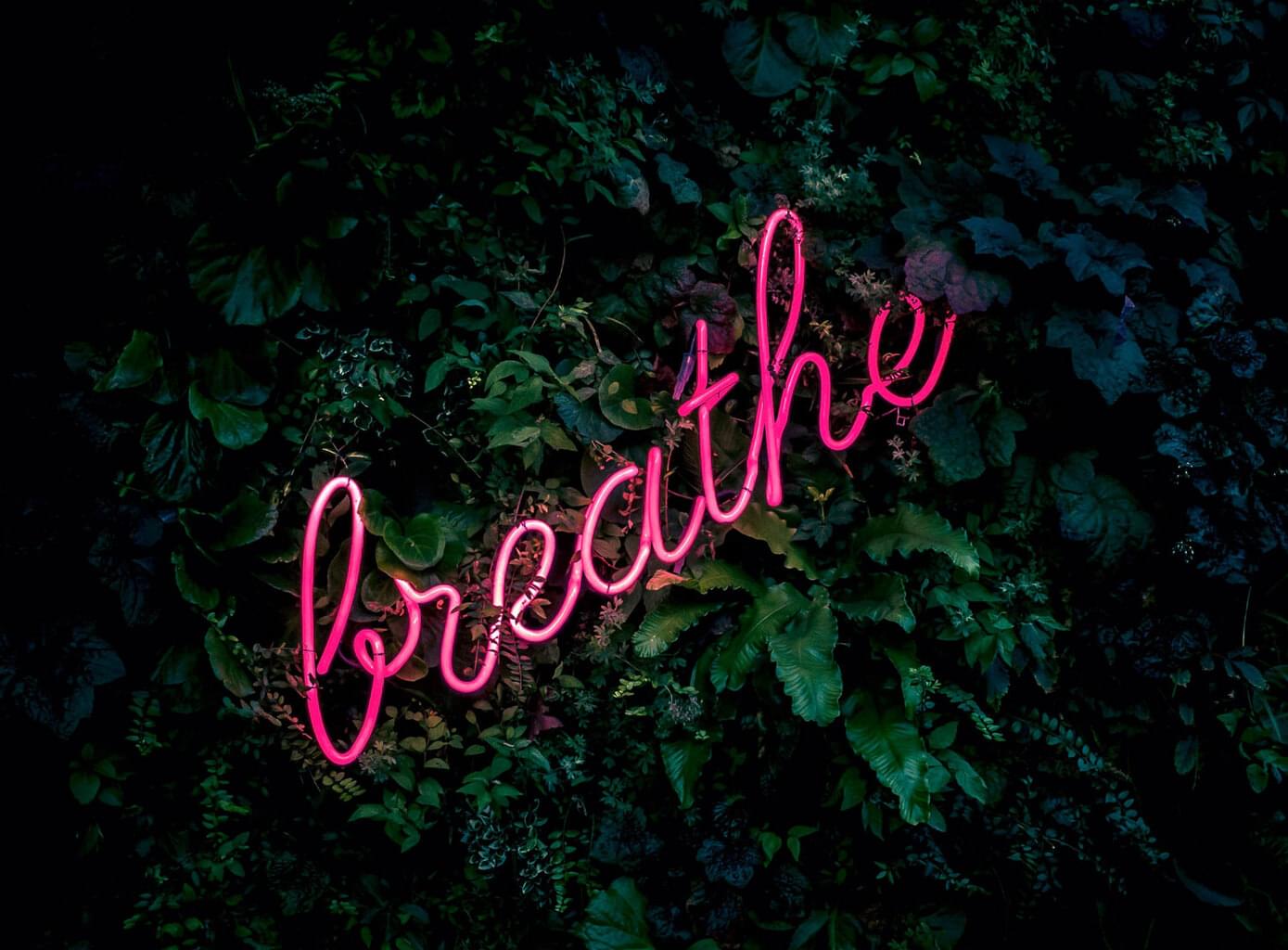 In February—about a month before COVID-19 made such things impossible—I attended the wedding of my niece and her now wife. As family and friends reunited or met for the first time, creating a constant buzz of conversation, I was struck by the empathetic exchanges popping about how people were feeling in the midst of the festivities: One person related that they’d recently had a panic attack, but it was assuaged by rolling up in a pressure blanket; someone else was struggling with anxiety about the fact that being around family made them feel like a powerless kid again; two people laughed about the awkward behaviors they fell into when they had to mingle with strangers. These were not agonized conversations. Nobody was crying or looking for sympathy. They were just connecting over shared experiences—anxiety, depression, loneliness, and the struggle to relate to others.

Society’s relationship to mental health is changing. Millennials and Generation Z tend to talk freely about mental health challenges; the artists they follow, like Arianna Grande and Chris Evans, talk openly and candidly about their mental health issues.

The study, by Mind Share Partners, SAP, and Qualtrics, showed that half of Millennials and 75 percent of Gen Zers have left jobs for mental health reasons, whereas only about a third of employees overall have done so. More than half of the respondents had experienced symptoms of their mental health issues in the past year, but the majority have never spoken to anyone at work about their mental health status. Of those who did, most report that those conversations did not turn out to be positive. Employees related being the most uncomfortable talking with senior leadership and HR—though CEOs were as likely to struggle with mental health issues as anyone else.

[Related read: How to ask for a mental health day from work—because we all need one]

A 2019 survey by the American Psychiatric Association showed that while 38 percent of those surveyed strongly agreed that they knew how to access mental health services at their place of employment, only about 28 percent felt like the resources were sufficient, and only about 20 percent felt comfortable talking about their mental health issues—though few feared actual retaliation.

Only 28 percent of those surveyed felt like mental health resources were sufficient, according to the APA.

The human cost of mental illness is, of course, the most important one. But there’s also an economic cost. Forbes reported that mental illness costs businesses up to $193.2 billion in lost earnings each year. And one Washington Post story reported that the Bureau of Labor Statistics recorded an 11 percent increase in the number of workplace suicides from 2017 to 2018. In 2018, 304 people killed themselves at work; the highest number since the bureau began tracking the data 26 years ago.

Some companies are making mental health a priority

There are a lot of possible reasons why mental health has become such a huge focus in recent years. Enormous structural shifts are happening under our feet: ideological polarization and outrage, income inequality, realignment of gender roles and identity, discrimination, climate change, and now add Coronavirus. The old family and community structures that once bound society together (often by oppressing the people who didn’t fit) are being replaced in many ways by digital relationships based on different kinds of alliances. And there’s the pressure of social media, the driving force of ever-evolving technology, and a perpetual avalanche of information and misinformation.

The challenges to mental health are huge, but the access to mental health professionals is restricted, said Darcy Gruttadaro, director of the Center for Workplace Mental Health for the American Psychiatric Association.

“There are major challenges to accessing mental health care,” Gruttadaro said. “There is a shortage of mental health providers, therapists. Getting access to one can be very challenging. People often have to wait for months to get an appointment.”

Then, she said, there’s the question of whether the mental health professional who can see you accepts your insurance. Seventy percent of psychotropic scripts, she said, are written by primary care providers. But not all primary care providers know how to effectively treat anxiety and depression, and not all of them recommend therapy in addition to the meds.

“There are major challenges to accessing mental health care… There is a shortage of mental health providers, therapists. Getting access to one can be very challenging. People often have to wait for months to get an appointment.” – Darcy Gruttadaro

“Combined medication and therapy is the gold standard and people often don’t get that,” she said.

However, the Society of Human Resources Management (SHRM) reported that some companies are moving to fill in the gaps. Johnson & Johnson (J&J), Cigna, and Garmin International have specific mental health programs for their employees, ranging from bulking up mental health services and teaching managers how to spot signs of behavioral illness to offering access to digital mental health services.

California enacted legislation in 2018 that creates guidelines to help companies strengthen access to mental health care for their employees and reduce the stigma associated with mental health challenges. The legislation was inspired by the non-profit One Mind at Work, whose goal is to develop and implement a gold standard for workplace mental health and well-being. Janssen Research helps fund the organization and several companies have signed on to its charter, including Sutter Health, Bank of America, Walgreens, and Levi Strauss & Co.

This has to come from the top, experts say. For example, SHRM reports that social media management platform Buffer dedicates one of its Slack channels to employees’ discussion of mental health issues. The article notes:

“That’s where founder and chief executive Joel Gascoigne posts about his therapy appointments. Another employee shared that he was asking his doctor for an anti-anxiety medication, while a third broadcast his intent to start counseling sessions.”

Bringing mental well-being into the light

“The work we see organizations doing falls into three areas,” said APA’s Gruttadaro. One is raising awareness—bringing in speakers, training, and other kinds of information to help employees focus on their mental well-being.

Workplace Mental Health is preparing to introduce an e-learning module for managers called “Notice, Talk, Act at Work” to help managers know how to cope with issues when they recognize them.

“With mental health conditions, the sooner they’re treated, the better the outcome,” Gruttadaro said. “What’s important is that managers be trained to understand. They need to suspend judgment and approach the person with compassion and empathy… to ask ‘Are you okay? You don’t seem like yourself.’” Many managers aren’t sure how to start those conversations, Gruttadaro said. And they may have fears that by bringing the issue up, they can make it worse. For example, there’s a common misconception that by mentioning suicide you can drive a depressed person to attempt it, which is not true.

“People are afraid to say the wrong thing. They are not equipped. Very often it’s just letting someone know what you’re observing and saying ‘I’m concerned about you, what can I do to help support you right now?'”

“People are afraid to say the wrong thing. They are not equipped. Very often it’s just letting someone know what you’re observing and saying ‘I’m concerned about you, what can I do to help support you right now?’” It’s just like when you see someone carrying something heavy and they drop it, then you offer to help them with their burden, she said. It provides a huge relief just for someone to notice and offer to help.

[Related read: 4 things you can do to practice empathy at work]

Creating a healthy climate and culture

A second area where employers are working on changes is in creating a more mentally healthy climate and culture. For example, CIGNA has produced a second report in 2020 on the loneliness epidemic in which many respondents—especially Gen Z—expressed feeling “abandoned by their coworkers when under pressure at work,” “alienated by their coworkers,” and “emotionally distant from the people they work with.” Younger people had much higher incidences of feeling this alienation than Baby Boomers, and employees who had been at a company for fewer than six months felt it much more acutely than those who had been at the company for a longer time.

While some associate being physically alone—like remote working—with loneliness, other studies show that nearly 70 percent of employees feel the ability to work at home helps their mental health.

As Gruttadaro said, “Loneliness is not about being by yourself; it’s a state of mind. You can be lonely surrounded by people; lonely in a relationship.”

One of the biggest factors to loneliness and a sense of disconnection is the idea that employees can’t be their true selves at work, according to the CIGNA study.

[Related read: Stemming the loneliness epidemic one interaction at a time]

Another problem is that work is creeping more and more into people’s personal time and they have little chance to escape its stresses. “People are working longer hours,” Gruttadaro said. “Our technology devices allow us to blur the lines between work and home and life outside of work. There’s not a sense of leaving work behind. That can be a contributing factor to depression and anxiety.”

“Our technology devices allow us to blur the lines between work and home and life outside of work. There’s not a sense of leaving work behind. That can be a contributing factor to depression and anxiety.”

A third big bucket, Gruttadaro said, is around improving access to mental health. It does little good to recognize that someone is struggling if you don’t have somewhere to refer them for help. Frequently people are afraid to use the Employee Assistance Programs provided by their employers for fear their information will get back to the company. As Gruttadaro said, there should be a firewall between the EAP and the employer to protect the employee. But there should also be advocacy groups in the organization to ensure that the EAP program is innovative and uses a variety of modalities. In addition to Cognitive Behavioral (talk) Therapy, there are many other modalities that may be more useful to specific individuals. Employee resource groups should discuss with HR whether the company’s insurance covers different types of modalities.

Companies have everything to gain from beginning to approach the issue of mental health as a cultural imperative. As Gruttadaro noted, it’s frequently the high performers in a company who struggle the most with mental health issues. The illusion that successful people are immune from anxiety and depression was shattered, for many, by the suicides of people like Kate Spade and Anthony Bourdain. Companies need to recognize that some of their smartest, most dedicated, most creative employees may very well be trying to do their jobs while carrying a burden they feel they have to keep hidden. It’s in everyone’s interest to let them know you’re ready to help them carry it.