Zendesk’s customizable platform and marketplace apps gave One Medical a seamless way to support a large group of users with complex needs. Powered by robust data and self-service documentation in Zendesk, the team saw higher productivity and delivered on the company's promise of providing premium care. 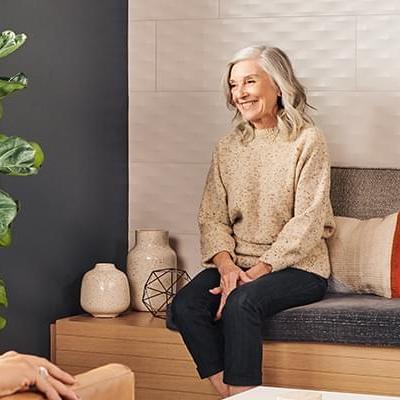 “I have never had a need or a functionality desire that I didn’t find in Zendesk’s documentation. It’s just a matter of implementing it and designing it.”

Manager of Product and Technology Support at One Medical

“Zendesk provides the visibility agents need to ensure One Medical fulfills its promise to be advocates for members. Its’ features make it straightforward and easy to see, organize, and track everything so that we can work efficiently and effectively for our members.”

Manager of Product and Technology Support at One Medical

Healthcare costs have ballooned to $3.2 trillion per year in the United States and surveys indicate that a majority of citizens view the system as being in a state of crisis. But for healthcare provider One Medical, this moment presents an opportunity to radically reinvent how care is delivered to members—by combining cutting-edge technology with a human-centric approach.

Started by physicians, One Medical is a membership-based primary care practice on a mission to transform the patient experience by adapting it to people’s real, and very busy lives. By bringing in better technology, recruiting the top primary care doctors, and focusing on value and efficiency, One Medical has made it easier for patients to get care when they need it. That means same or next day doctor’s appointments or seamless prescription refills that can be addressed within hours of a request — programs that lower total healthcare costs over time. The company’s 1,300 employees continually strive to deliver on these and other promises to help physicians build relationships with their patients and deliver better health outcomes.

With more than 70 offices located coast-to-coast, One Medical’s team of 14 support agents, split between New York City and San Francisco, plays a critical role in providing support for the company’s most essential tool: the electronic health record (EHR), a core part of One Medical’s cutting-edge technology. The EHR system helps each office manage its practice, from appointment scheduling to handling prescription refills.

“At each of the offices, we have an EHR running that we have developed in-house from the ground up,” says Ian Wolfley, manager of product and technology support. “That’s a big group of providers and administrative assistants using it on a day-to-day basis. When they have questions or encounter an error, they need to get in touch with us right away.”

Wolfley started as an administrative assistant for One Medical nine years ago, he understands all too well how good support can ensure medical providers help their patients in a timely fashion.
He says providing fast, comprehensive service to the administrative assistants and medical providers across nationwide One Medical offices play a huge role in making sure the company hews to its mission of providing high-quality healthcare. “The administrative assistants are the amazing people who facilitate the delivery of care to our members,” Wolfley says. “I know how much pressure they can be under to deliver and deliver quickly, because we need to get members what they need now, and not later. Our customer support goal is to make sure that our employees get the help that they need, as soon as possible, so that they can deliver on our promise to members.”

Zendesk Support and Guide for IT, HR, Operations

Those needs can be complex—for example, navigating medical bills or setting up a prescription pick-up for a traveling member. This is why One Medical chose to put Zendesk Support and Guide in place to provide internal IT, HR, and Operations support to employees. No matter what’s come up, Wolfley has been able to adjust their support operation to make improvements. “I have never had a need or a functionality desire that I didn’t find in Zendesk’s documentation. It’s just a matter of implementing it and designing it,” he explained.

The team has customized their instance with a host of apps from the Zendesk Apps Marketplace that plug into the support platform, including User Data, Show Related Tickets, and Answer Suggestion. In a given month, agents field nearly 2,000 tickets and maintain an 80 percent adherence to a median resolution time of two hours. Roughly 60 percent of all tickets end up being resolved during the same business day.

“We use Support for our ticketing system and to keep track of user information,” Wolfley says. “We use Guide for self-help documentation, so users can find answers they need without waiting to get to us. And then we use the Community feature inside of Guide to collect suggestions and feedback from our employees, to make sure that we’re addressing their needs on an ongoing basis.”

That means there’s no guesswork when it comes to seeing something trending in the community forum or when a particular ticket tag comes in over and over again. Even being able to scroll through the queue and read snippets helps to prioritize, he says.

One Medical actively uses the data in Zendesk to identify trends and improve the user experience. “As a technology company, the numbers are what drive what gets done,” Wolfley explained. For example, the support team tracks the top-ten tags or ticket issues across product, IT, and HR support to ensure problems don’t persist, whether it’s optimizing audio quality for phone calls or simplifying how email distribution lists are managed. It also uses ticket field forms tied to macros, which helps managers track specific questions frequently asked during support requests.

“If there is a user problem that needs cross-functional support, we have the data we need to go to the decision-maker, and say, ‘Hey, this is how many people were affected, and this is why we need to solve this problem immediately,’” said Wolfley.

Metrics from Zendesk have also lead to measurable improvements in productivity. “At a certain point, it was clear that the majority of the team’s time was spent manually issuing a refund to members that could have been easily solved by creating a button inside of the EHR,” Wolfley explains. “The analytics drove that feature implementation and saved a lot of the team’s time.” The team also does a lot of analysis of its after-hours, urgent issues, so that they can work to eliminate issues before they occur.

Just as One Medical focuses on delivering premium, efficient and high-quality primary care to its members, the company leans on Zendesk to get the same support. “I have been consistently impressed by turnaround time of support tickets that I’ve submitted to Zendesk,” Wolfley says. “I can get any answer that I need right away.”