Novo + Zendesk: The power of a seamless, unified support platform

When fintech startup Novo needed to pivot to remote work in early 2020 due to the COVID-19 pandemic, it maximized its Zendesk instance to help its customer support operation adjust to the new normal. 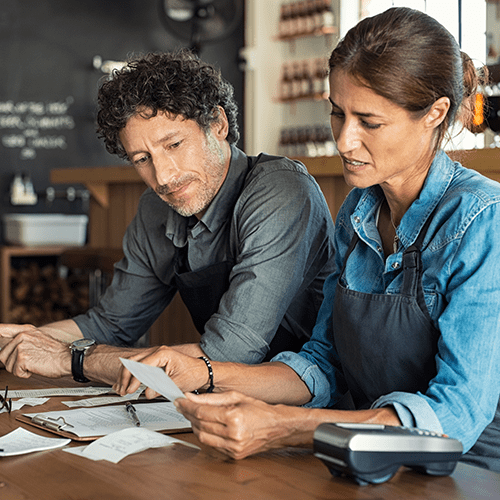 “When we onboarded Zendesk in April 2019, we started with article automation using the mobile SDK and web widget to automatically recommend FAQ articles. We saw a 30% reduction in tickets within 6 weeks of onboarding Zendesk.”

“We built an agent view into our database directly in Zendesk, so they no longer have to switch off of Zendesk to log into our database to view customer attributes. In the moment, it saves a couple of seconds, but over thousands of tickets? That saves hours. That alone has been one of the most impactful things.”

For many modern business owners, navigating a banking world focused on the bigger players can be a frustrating experience—one marked by hidden fees, indifferent customer support, and an approval process that can take weeks. It’s enough to make up-and-coming entrepreneurs wonder if their great business ideas will ever have a shot at success.

That need for affordable, welcoming banking is where fintech startup Novo comes into play. Since 2016, the company has been empowering small, independent businesses with free banking services tailor-made to their unique needs. And with those services comes an emphasis on providing hands-on, empathetic support for Novo’s growing customer base—a level of service that eschews the typical B2B service banks offer clients.

“Many businesses these days are acting like consumers,” said Brian Kale, head of customer success at Novo. “So while we’re technically B2B, we’re really B2C, as these are all consumers with consumer problems.” 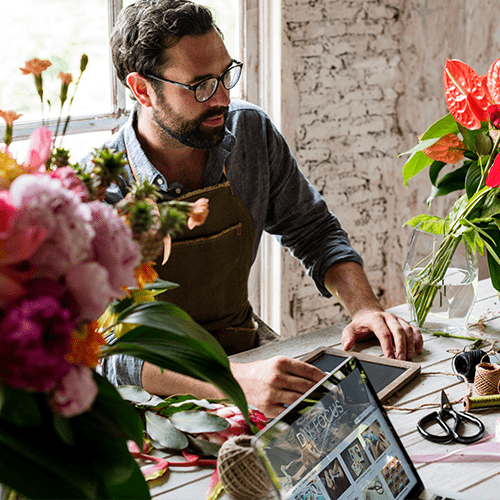 While that approach has served Novo and its customers well, it was put to the test in the first half of 2020, when the startup’s client base grew from two thousand to tens of thousands of customers. Meanwhile, another disruptive event occurred: COVID-19. Those two factors meant that Novo’s support team faced spiking ticket volumes, rapidly increasing numbers of new customer accounts, and the need to move the entire support team to remote work.

Although Novo had become a Zendesk customer in 2019, the company had yet to fully embrace its functionality. When the pandemic hit, the startup had already implemented Support, Guide, and Explore, but Kale understood that Novo’s hard-wired phones using Twilio wouldn’t work for the remote transition. And its live chat solution, Intercom, was proving increasingly difficult to manage, further complicating matters. It was time to move to Talk—and Answer Bot.

The first step was enabling Talk, which empowered agents to take calls from anywhere in the world. With the entire organization up and running remotely within 24 hours, Kale and his team next turned their attention to setting up Answer Bot to make a dent in those rising ticket volumes, which had already increased by 30 percent.

And the team went beyond merely enabling Zendesk’s out-of-the-box tools: the team takes pride in the custom-built app it created in Zendesk, which has made life easier for both agents and clients. “We built an agent view into our database directly in Zendesk, so [agents] no longer have to switch off of Zendesk to log into our database to view customer attributes,” Kale said. “In the moment it saves a couple of seconds, but over thousands of tickets, that saves hours. That alone has been one of the most impactful things.” 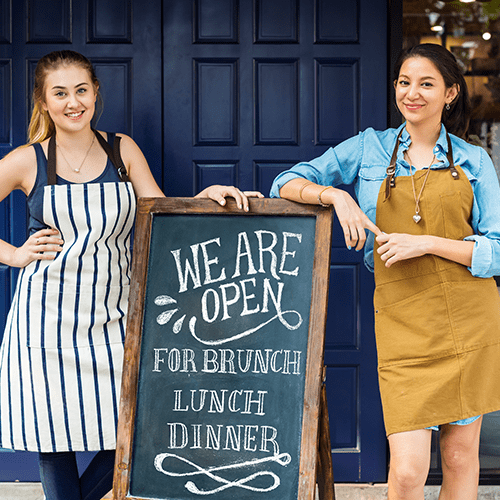 The amount of automation Novo has implemented with the widget has been a lifesaver on the agent and customer sides, as well. “We onboarded Zendesk in April 2019, and instantly pushed forward with article automation, where using the SDK and the web widget, it automatically recommends FAQ articles,” Kale said. “We were able to have a 30 percent reduction in tickets almost within six weeks of onboarding Zendesk.”

As a rapidly-growing startup, Novo couldn’t address the increasing volume of support tickets by simply going on a hiring spree. That’s where automation came in—Kale and his team understood that the key was to deflect tickets so agents could spend more time where they were needed.

For example, implementing Answer Bot to surface self-service content to customers resulted in the deflection of 8 percent of tickets. Since Novo implemented Zendesk, about 600 tickets have been deflected by automation alone, with an average of 300 tickets answered per month. 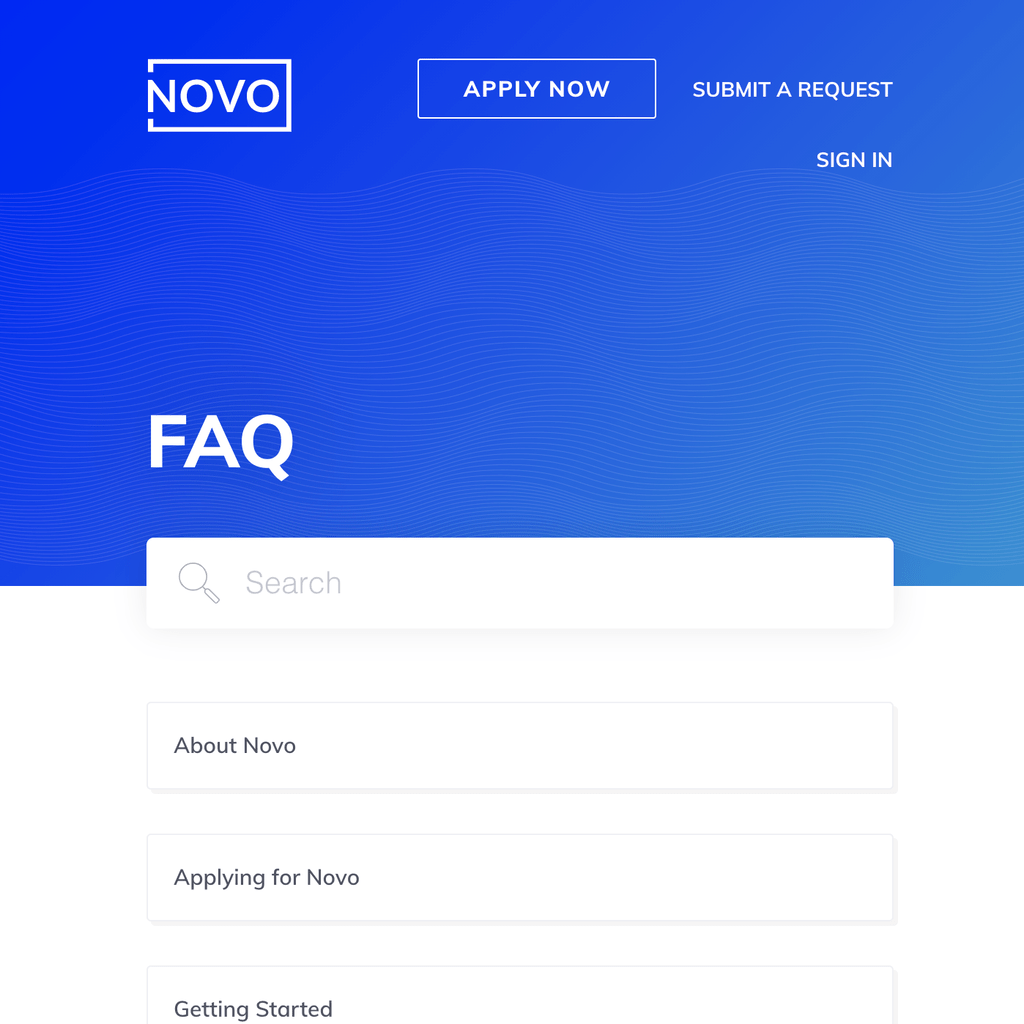 Zendesk isn’t just a customer service tool for Novo, though—two other teams have since adopted the platform. The Risk Deposit Operations team, for example, uses it as an internal task assignment tool. So if a Novo customer requests verifications, it will automatically trigger a Zendesk ticket and assign it to the team.

As the landscape changes and Novo continues to adapt and pivot, Kale has been thinking of new ways to customize Zendesk to fit the company’s changing needs. He’s currently looking at more Zendesk solutions, such as Chat, for potential new means to further streamline the experience for both the agent and the customer.

Switching to a unified platform in a short amount of time has been a valuable learning experience for Kale and his team. Some of the lessons learned include just how valuable it is to set up views and automation for ticket routing, as well as the importance of training agents to specialize.

“It takes work, and you really need to figure out the journey. I think that doing that, and segmenting your users. . .can provide tons of values,” Kale said. “For your first one or two agents, everyone has to know everything. Once you get a couple agents, you want to start giving people specific verticals and giving them views, so it helps everyone focus so they’re not looking at pages and pages of tickets. They’re looking at a page and a half of just this kind of ticket. That’s a huge mental gain for agents and a productivity gain for the whole company.”