You can be an Ugly American, even in America 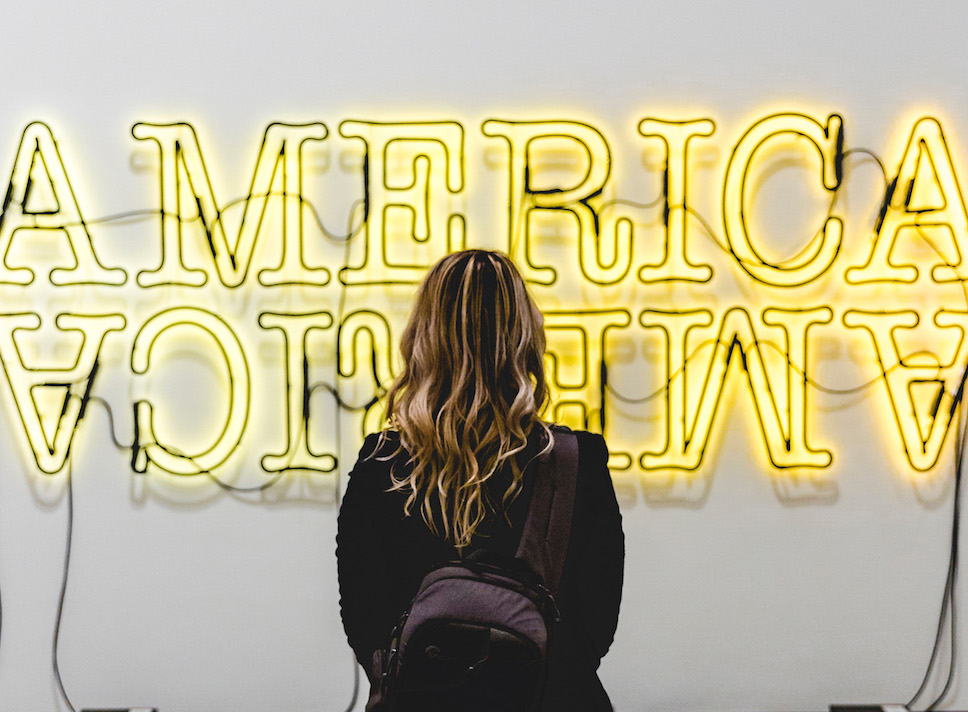 “When in Rome,” the expression goes, “do as the Romans do.” It means when you’re in Paris, don’t expect people to speak English. When you’re in Morocco, be prepared to use a squat toilet. When you visit a temple in Thailand, don’t show up in booty shorts and a halter top. Just don’t.

When we pull out our passports, we’re expected to embrace the cultural surprises we encounter. We’re supposed to respect the rules. Get two seasoned travelers in a room and they’ll often launch into a competition over the stuff they’ve eaten, seen, and done in the interest of immersion.

Then there’s the other kind of traveler; the ones who show up in a foreign place and demand that the food, language, and customs replicate what they have “back home.” This traveler is known as an Ugly American and nobody’s ever happy to see them.

While many of us try and fight the Ugly American stereotype abroad, we have no problem acting out right here in the good ole U.S.A.

At home and abroad, the ugly remains the same

My father’s family is Midwestern, quiet, understated, with a very dry sense of humor. My mother was from the South where everyone was (and is) exuberant. They’re thrilled to see you. They think you’re lovely and sweet (pronounced soo-weeeeet). They will pull you into a warm embrace without warning. “I always thought that was so phony!” spit one of my father’s relatives.

Phony? I later learned this is a thing between Northerners and Southerners. Northerners are often suspicious of how warmly Southerners greet acquaintances, believing such gushy behavior is only appropriate when you know someone well enough to have developed a fondness. For Southerners, this profusion of affection is just basic hospitality. From where they sit, Northerners are cold, reserved, unfriendly. A Northerner might be acting in a very open and genial manner, but a Southerner will read it as borderline hostile.

I grew up in Kansas City and got used to people from the coasts assuming I lived on a farm—that I was uncultured and uneducated. Coastal folk generally think everything “in the middle” is a giant wheat field… plus Chicago. But that was okay because I certainly didn’t want to be like those loose-moraled, pot-smoking, half-naked Californians who just wanted to kumbaya all over the place… or so many of my neighbors would have said.

Later I lived in New Mexico, where mañana is practiced, as in “You need your car fixed? I’ll get to it mañana” which meant sometime between day-after-tomorrow and never. At first, it was frustrating, but then I learned to appreciate that the rules applied to me, too, with everyone from editors to the billing departments of utilities. Everybody gets a lot of passes in a culture like that.

But in big cities, especially in colder climates, efficiency is the love language. I have friends whose first trips to the grocery store in Austin were agony. They stood in the express line assuming they’d be out of the store in five minutes, only to watch the cashier make endless small talk with everyone. They quickly learned that a trip to a grocery store in Texas is not a wham-bam-thank-you-ma’am proposition. And don’t be talking on the phone while you go through the checkout either.

A trip to a grocery store in Texas is not a wham-bam-thank-you-ma’am proposition. And don’t be talking on the phone while you go through the checkout either.

On the other hand, put somebody from one of these slow-moving cities into a place like D.C., New York or Chicago and they can really mangle traffic—rubbernecking, dawdling, smiling, and saying hello to perfect strangers…like a crazy person.

We are, actually, different

Voice of America, the U.S. Congress funded news site published a map that shows stereotypes we have about different regions. Northeasterners were labeled rude, aggressive, worldly, smart, and impatient. Westerners were uninhibited, imaginative, and enthusiastic. Southerners were kind, polite, and easygoing, but also suspicious. And Midwesterners were self-reliant and mature.

While that 2015 map was based on stereotypes and perceptions, two years earlier a group of researchers from the Universities of Cambridge, Texas, and Helsinki did a more scientific study on whether or not there are distinct psychological differences between people in different U.S. regions. To keep their biases out of the data, they didn’t define the regions, but rather waited to see what the research would show. They examined everything: geography, history, economics, climate, social structures, religion, and health. They used people’s results from Facebook personality tests. And they used The Big Five personality characteristics—Neuroticism, Openness, Agreeableness, Extraversion, and Conscientiousness. From that, they created a map.

A big diagonal swath from Montana across to Minnesota and all the way to Florida was marked as Friendly and Conventional. These are your basic red states—hard working, conservative, white, and defined as “not highly educated.” Minnesota and Iowa were the Friendliest and Most Conventional and the area around New York the least.

The West, including New Mexico, but also including Tennessee and parts of the New York area were labeled the Relaxed and Creative areas. These folks are liberal, educated, big on individualism, and open-minded. Minnesota and Missouri were the least.

The Temperamental and Uninhibited portion was the entire northeastern snout… and Texas. “The psychological profile of the region is defined by low Extraversion, very low Agreeableness and Conscientiousness, very high Neuroticism, and moderately high Openness. This particular configuration of traits depicts the type of person who is reserved, aloof, impulsive, irritable, and inquisitive.” How Texas got in the mix, I don’t know. Maybe they’re talking about Dallas. The very least temperamental and uninhibited was Georgia.

Want more kindness in your life? Want to build more kindness into your teams, your customers, or your interactions with your boss? On October 23, 2017, Leon Logothetis, the host of Netflix’s The Kindness Diaries will explain how kindness can change all of your relationships. Join us at Relate Live NYC.

Knowing this, we could take a totally different approach to those parts of the country that may have, say, voted differently. We could venture forth or interact with people from those places armed with the awareness that they’re different from us. They might have topless beaches, talk a lot about Jesus, or channel Owen Wilson. We could approach these “foreign” places and people the same way we’d approach other cultures. We could, for the sake of expanding our awareness, try kombucha, or ambrosia salad, or alligator bites, without making a big stink about it. We’d could put on our relativist hats, trade in our expectations for curiosity, prepare to be uncomfortable, and to grow. We could be explorers.

We could, for the sake of expanding our awareness, try kombucha, or ambrosia salad, or alligator bites, without making a big stink about it.

Adam Galinsky, a professor at Columbia Business School, has done numerous studies on the connection between creativity and international travel. He was quoted in an article in The Atlantic that when someone immerses themselves in a culture that’s foreign to them, it develops their cognitive flexibility, which is the mind’s ability to jump between different ideas. It’s a key component for creativity. It also develops their depth of thought and their ability to integrate and make connections between different ideas.

“The key, critical process is multicultural engagement, immersion, and adaptation. Someone who lives abroad and doesn’t engage with the local culture will likely get less of a creative boost than someone who travels abroad and really engages in the local environment,” he was quoted as saying.

But the creativity boost is more pronounced when you immerse deeply in a culture that is similar to your own, rather than one that’s completely foreign, says Galinsky. So going into Alabama like Anthony Bourdain might actually boost your creativity more than a trip to Tokyo.

Going into Alabama like Anthony Bourdain might actually boost your creativity more than a trip to Tokyo.

In fact, researchers found that a similar effect can happen when you check out a part of your town with which you’re not familiar.

For people who like to dabble in other cultures, it isn’t much of a leap to take the same approach in their own country. But for people who haven’t done that, there are some basic steps. The hardest one might be to take honest stock of your own cultural paradigm. We all have a way of living that seems “right.” So what are the rules that make up your “right”? What foods are okay and which not okay? What behaviors, perspectives, ideologies are “not acceptable”? Also, where did you get these ideas and how do you know they’re right? How skilled are you at recognizing when you’re making a value judgment based solely on your own experience and training?

Secondly, expose yourself to other perspectives of American culture that try to be accurate and fair. We’re not talking Dukes of Hazzard. Maybe Hillbilly Elegy or Fences.

Thirdly, ask yourself how you’d feel if someone from a different U.S. culture brought all their preconceived notions and judgments into a conversation with you about your culture? Wouldn’t you rather they try to understand? Now you do it.

Finally, enjoy. Everyone is “foreign” “weird” or “wrong” in a certain context. That’s part of what makes the world an exciting place to experience. There are adventures to sample, relationships to forge, and perspectives to expand. When the Ugly American rears its head, its us that suffers the most.

Susan Lahey is a journalist who lives in Austin and writes about everything that piques her curiosity including travel, technology, work, business, art, sustainability and cultivating deep, messy, exquisite humanness in the digital age.

Learn how Urban Alchemy is scaling its efforts to transform more disenfranchised communities in city centers. 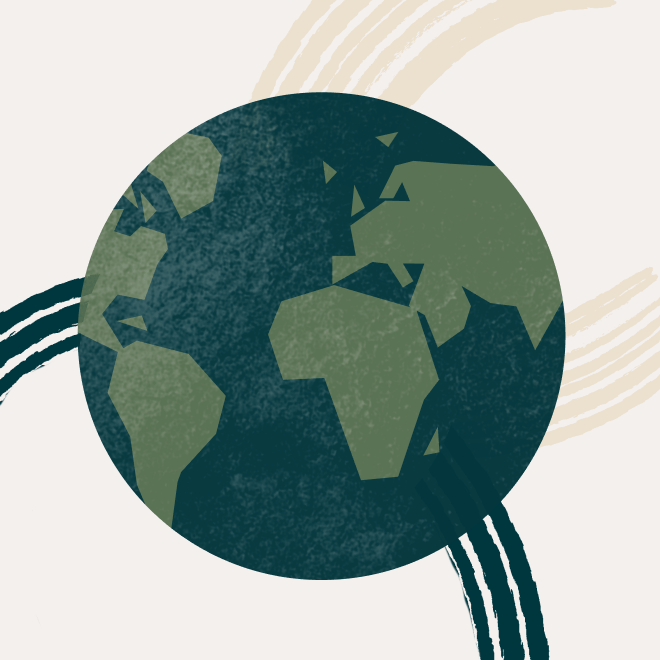 Learn more about Zendesk's Tech for Good partners who are assisting Ukrainians and others fleeing crises across the world, and—most importantly—how you can help.