On average, 20 percent of all email sent by Web applications either goes missing or ends up in a spam filter — never to be seen by your customers. Bummer, eh?

The cure? SendGrid. It’s a cloud-based email service that delivers emails on behalf of companies to increase their email deliverability. 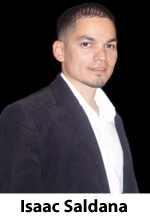 “With Eventum it was difficult to get a clear view of the things that belong to you as a help desk agent. You saw all the tickets,” said Isaac Saldana, SendGrids founder and CEO. It was also hard to assign tickets to agents and put tickets in multiple queues, he added.

“We now have multiple queues: One for sales, another for technical issues, another for product enhancement ideas and requests,” Isaac said. Before Zendesk, he said tickets sometimes fell through the cracks and some even went unanswered.

“It was a mess, he admitted. We had a very hard time seeing who was fielding what. Now we can change status and close tickets on the fly. Zendesk made all the difference in the world.

While shopping for an Eventum replacement, Isaac said that when he came across Zendesk, the search ended: It was a no-brainer; we were sold right off the bat — especially when we saw the integrations with Get Satisfaction and SnapABug. We had a very difficult time integrating those with the previous solution, so this was great news.” A Salesforce integration is also planned with Zendesk, he added.

SendGrid uses Zendesk’s awesome Plus+ edition, which enables work within multiple time zones and end-user languages simultaneously.That was important to SendGrid, which uses Spanish, Russian and Turkish in addition to English on its website.

As for his favorite features of SendGrid’s Zendesk, Isaac cited:

Since switching to Zendesk we’re dropping a lot less balls in terms of support tickets, he said. We can easily find out what tickets belong to whom and it’s reassuring to know that we can easily scale support quickly and easily whenever needed. Zendesk is awesome.

Thanks, Isaac! We think SendGrid is awesome, too.